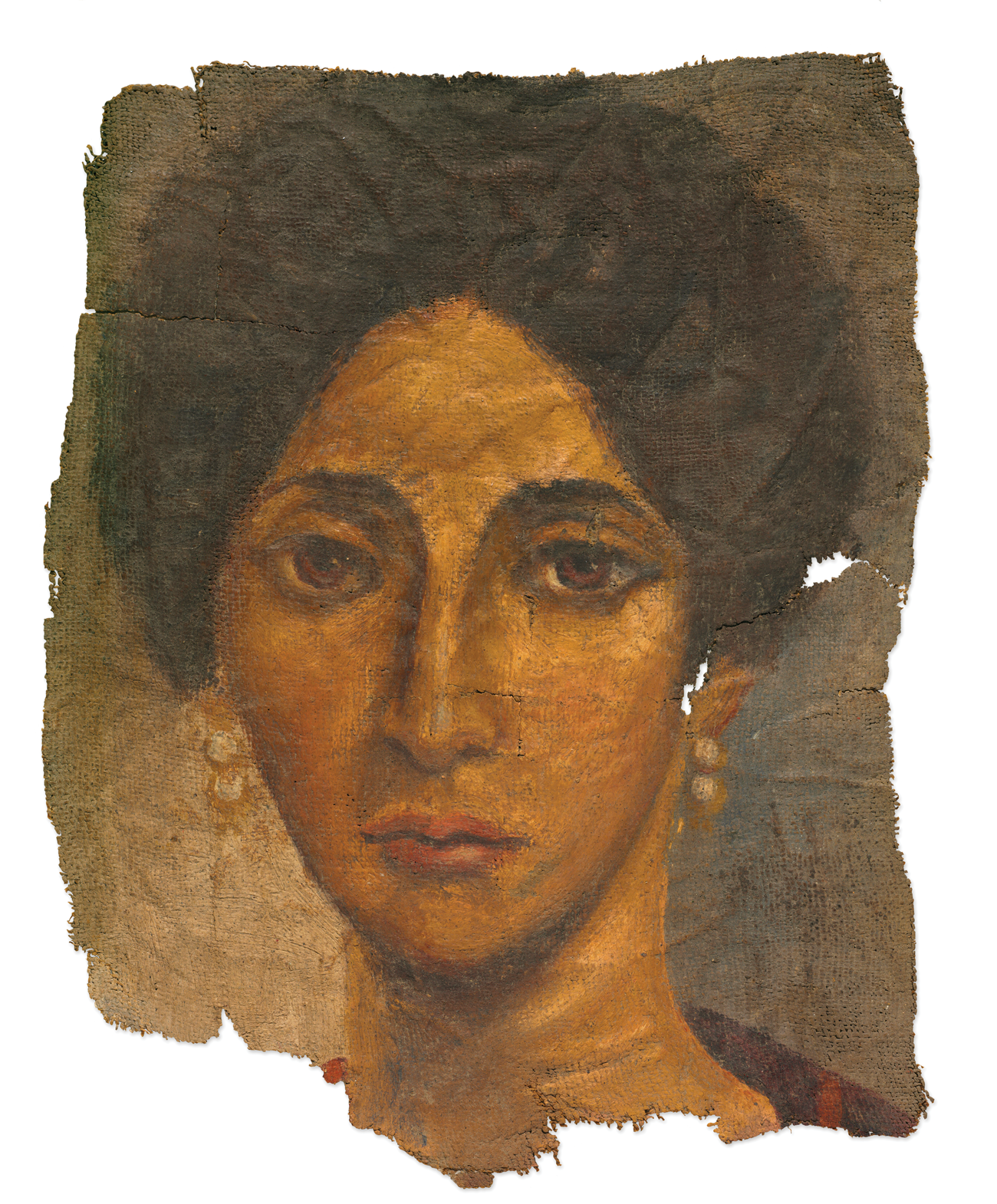 I am a women’s health physician and I have a mission: I am dedicated to improving the lives of women by caring for them and by educating them about their health and well-being so they may discover a path to a better life for themselves and their families.

I trained in obstetrics and gynecology and gynecologic oncology at the most prestigious institutions in the world and have cared for women with life-threatening malignancies. I have worked on the development of the HPV vaccines known as Gardasil and Gardasil 9. I have helped launch a new test for hereditary cancers, and I have taken a new low-dose contraceptive patch through clinical trials to FDA approval.

I spend every day working on new treatments for serious conditions that deeply affect women and their families. Many would say I have made great contributions to women’s health.

Yet every day I wake up to the fact that so much more needs to be done.

I am the daughter of a white American mother and a Black Nigerian father. My mother joined the Peace Corps in 1962 and shortly after arriving in Lagos, she met my father, a brilliant young electrical engineer. My parents married in 1964, and three years later moved to Enugu, a town in eastern Nigeria. Eleven days after I was born, the Biafran war started and we fled to Nanka, my dad’s rural village. Ultimately, my mother, my older brother, and I were flown out of the country as war refugees. We lived in Cincinnati until the war ended in 1970 and then returned to Nigeria to be reunited with my dad.

“One woman alone is powerless, but when surrounded by her trusted sisters, even the quietest of women will demand justice from an abusive husband or an overbearing brother.”

My parents worked to ensure we understood and appreciated Nigerian culture. As I matured, though, I observed parts of it that were disturbing. Women and men were not treated equally, and the burden of raising children, cooking, cleaning, fetching water, selling goods at the market, and tending livestock fell to women and their daughters.

But it was also in the village that I learned about the power of women united by a cause. In Nanka, women who are daughters in the same extended family are members of the Umuada, a highly organized group that is central to daily life. Women go to the Umuada with marital grievances, complaints about mistreatment by men, and other domestic and community-related issues. One woman alone is powerless, but when surrounded by her trusted sisters, even the quietest of women will demand justice from an abusive husband or an overbearing brother.

I came to the United States for college, attended HMS, and trained at Harvard-affiliated hospitals. Early in my career, I became frustrated with the state of women’s health, specifically the lack of understanding of and the few effective preventive measures for serious common conditions such as preeclampsia and preterm birth. Furthermore, treatments for several conditions were not based on controlled studies but on anecdotal evidence. It was clear to me that more research was needed to enable targeted prevention and effective treatment of obstetric and gynecologic diseases.

Coming from Nigeria, I was already aware of global inequities in access to health care, but I was shocked by what I witnessed in the United States. The stark differences between the mostly Black or Hispanic, often uninsured or underinsured, women from the neighborhoods surrounding the Boston hospital I worked in and the mostly white, privately insured women from the wealthy Boston suburbs were undeniable. I was reminded of the differences between rich and poor Nigerians that I had always found so troubling.

Just as concerning were the myths and stigma that misinformed my patients and limited their ability to share their struggles with friends, partners, and even me. Worse yet was that health care providers believed some of the myths and reinforced the stigmatization, which led to women’s concerns of not being taken seriously, often not being heard at all.

I have seen firsthand the serious and sometimes deadly consequences of stigma, myth, and lack of access. I’ve treated women living with stigmatized symptoms like heavy vaginal bleeding, abdominal enlargement, vulvar growths, and abnormal vaginal discharge. One of my most memorable patients was an uninsured Vietnamese woman in her 50s who had not left her house in more than a decade because of her steadily increasing abdominal girth. By the time she was admitted to the hospital, her abdomen was the size of a full-term triplet pregnancy; 35 pounds of her 110-pound body weight was her fibroid uterus. Surgery changed her life overnight, but her pain when reflecting on the lost years was palpable.

Stigma, myth, and lack of access to basic interventions have also touched women in my family. Close relatives have suffered alone and died because of prolonged silence and inadequate resources. These are the stories that truly drive my mission.

And one of the most harmful and persistent myths is that Black women are impervious to pain.

The one that has had the greatest effect on me was the death in 2001 of my cousin Georgina, who was a few years older than me and the only female in her family. Georgina was terribly shy and had never married, which I think contributed to her death. Without a husband who might have noticed her bleeding during sex, and facing the stigma of sharing such a private matter with her brothers, she quietly bled, possibly for months. Further complicating her situation was that as an unmarried woman with a very limited village education, she could not possibly have had the resources to seek medical help on her own. By the time she presented for care, an ultrasound showed multiple uterine masses; she died shortly thereafter. As her brother Isaac explained to me, “for lack of financial power, [she] developed a complication she could not survive.” I was devastated knowing I could possibly have saved her life had I known she was sick.

A call for solutions

In the fourteen years since I left clinical practice there have been major breakthroughs in biomedicine and disease treatment. Yet some of our most prevalent and serious problems remain unaddressed.

For example, we still lack an understanding of the mechanisms leading to preeclampsia, a major cause of perinatal death worldwide. No effective treatment for the disorder exists, other than delivery of the baby. Even after the delivery, mothers remain at risk for complications and death. The United States is the only high-income country where maternal mortality is on the rise, with Black women two to three times more likely to die from pregnancy-related causes than white women.

A 2019 study that appeared in Morbidity and Mortality Weekly Report revealed that a large percentage of maternal deaths could be prevented by addressing factors such as access to health care, missed or delayed diagnoses, and the lack of knowledge among patients and providers around warning signs. There remains a void in data on the use of medications such as antidepressants during pregnancy and limited available data on COVID-19 vaccinations in pregnant women.

For many women with recurrent miscarriage or infertility, there are still no identifiable causes. Although significant progress has been made with in vitro fertilization, success rates still hover between 40 and 50 percent and are lower among women of color compared to white women. Menopausal women still lack effective and well-studied nonhormonal therapies for their hot flashes and other symptoms, and in this country each year, about 600,000 hysterectomies are performed, indicating the need for more medical treatments.

Myth and stigma persist. Although early pregnancy loss occurs in about 10 percent of clinically diagnosed pregnancies, women rarely share their miscarriage experiences, even with friends and family. It is common for women not to tell anyone about a pregnancy until the second trimester for fear of having to admit to a miscarriage. Up to 20 percent of women suffer from mood or anxiety disorders during pregnancy and postpartum. Despite these statistics, postpartum depression and suicidality are still stigmatized.

Rates of infertility are rising, yet this too is often a silent and isolating struggle.

While the mental and emotional consequences of stigma, including stress, anxiety, and depression, have been recognized for decades, mounting evidence suggests a direct link between the elevated cortisol levels and inflammation associated with these illnesses and the risk of conditions including hypertension, diabetes, lupus, preterm labor, and preeclampsia, syndromes that themselves can lead to the same psychological problems that precipitated them.

And one of the most harmful and persistent myths, believed even by some health care providers, is that Black women are impervious to pain.

Is there any hope here? Well, I do see signs of progress. For one, governmental institutions are recognizing the need for change. In 2018, the National Institutes of Health convened a workshop on predicting, preventing, and treating preeclampsia. In 2019, the U.S. Centers for Disease Control and Prevention awarded more than $45 million for the collection of maternal death data to inform prevention strategies, and, in 2020, released the first data on maternal mortality in more than a decade. In collaboration with Merck, the CDC also has launched the “Hear Her” campaign designed to help women recognize the warning signs of potential maternal health complications and to remind physicians to listen when women express concerns. The Office on Women’s Health in the U.S. Department of Health and Human Services continues to advocate for research. Academic institutions and medical associations are also paying increased attention. The Apple Women’s Health Study is conducting research aimed at helping to destigmatize menstruation. The Society of Endometriosis and Uterine Disorders’ 2021 meeting will focus on dispelling myths and reducing stigma surrounding these conditions, and the American Medical Women’s Association has increased its work to advance health equity for women.

Individual women are also speaking their mind. I’ve recently read powerful articles on the importance of talking about miscarriage and the “ugly side” that stems from avoiding the topic. Women are blogging about infertility, and last year, the actress Viola Davis made headlines when she openly described her menopause journey as “a dark hole.”

These developments are encouraging. Now we must keep the momentum going by calling on women throughout health care to work toward meaningful advances. Having more women at the helm of governments, investment firms, companies, boards, and academic medical centers is also critical to catalyzing change.

Landscape-changing actions, however, will happen only when the united voices of women become so deafening they can no longer be ignored. This is where we can learn from my Umuada sisters. By standing together and encouraging one another to talk freely about our infertility, our miscarriages, our suffering, and our sorrow, we will ultimately eliminate the myths and stigma that prevent women from demanding more investment in research, prevention, innovative treatments, and access. Together, I believe we can and will succeed in driving our health care agenda and making our dreams of a better life for all women a reality.

Elizabeth Garner, MD ’94, is vice president and chief medical officer for ObsEva, a women’s health company based in Geneva, Switzerland.