The man with Parkinson’s disease sits quietly in the doctor’s office.

“We sit in a circle in our living room, and he has nothing to say,” his wife reports. “People don’t address him.”

Daniel Tarsy had deliberately seated the man close to him so they could speak eye to eye. A professor of neurology and a specialist in movement disorders at Beth Israel Deaconess Medical Center, Tarsy knows that Parkinson’s can leave people with soft, expressionless voices, difficulty articulating words, and a slowness of thought that makes it hard for them to keep up with the flow of normal conversation. Despite his logistical maneuver, Tarsy finds his attention sliding toward his patient’s wife; she’s simply more engaged.

“Physicians are cautioned against addressing the spouse more than the patient,” says Tarsy, “but I’m guilty of it at times. If someone doesn’t have much to say and they’re older, the assumption is there is not much on their mind, that maybe they’re demented. So they get excluded, not just because of their voice but because of what the other person infers from the voice—that they’re just not as bright as they used to be.”

For those whose lives have been touched by neurodegenerative disease, the most frightening prospects tend to be the gradual destruction of memory, personality, cognition, or movement. Many people are surprised to discover another troubling outcome: the theft of voice, including the ability to speak or a facility for language. Whether that loss occurs alone or alongside other debilitating symptoms, being unable to talk easily or at all frustrates patients and loved ones and can cost people their hobbies, jobs, relationships, and overall quality of life.

Doctors and researchers are striving to understand the basis of these diseases and how they might be stalled or reversed. In the meantime, those who study neurodegenerative conditions that compromise the ability to communicate are remapping language circuits in the brain and investigating why the same disease strikes different areas of the brain in different patients.

“The halcyon days when I spoke eloquently and with great confidence are gone,” wrote Thomas Graboys in his 2008 memoir, Life in the Balance. “Nothing, not even speech, is second nature anymore."

A former HMS and Brigham and Women’s cardiologist, Graboys developed Parkinson’s with Lewy body dementia in the early 2000s. He died in January.

Significant numbers of those who develop neurodegenerative diseases find that their voice or their ability to speak changes in unsettling ways. According to various government institutions and disease foundations, in this country, voice and speech changes affect about 90 percent of the 500,000 to 1 million people with Parkinson’s, almost half of the 400,000 to 500,000 people with multiple sclerosis, and about 75 percent of the 30,000 people with amyotrophic lateral sclerosis (ALS).

Reliable estimates don’t yet exist for the prevalence of rarer neurodegenerative conditions, such as spasmodic dysphonia and primary progressive aphasia, that primarily affect voice, speech, or language, nor for how many of the nation’s 5.5 million people with Alzheimer’s disease grope for words or struggle to generate or understand complex sentences. On the whole, communication difficulties haven’t received as much attention as other deficits associated with Alzheimer’s.

Some patients whose voices are affected by certain neurodegenerative diseases may sound strangled or whispery because their vocal cords clench, or loud and quavering because tremor targets the muscles of the larynx. For patients with Parkinson’s, the disease not only softens voices but also often robs patients of the ability to detect how quiet they’ve become.

For others, degenerating motor neurons weaken the muscles involved in speech and make it hard to articulate clearly. Their words may become slurred or their tone monotonous. The uncontrolled movements that give Huntington’s chorea its name also can strike people’s lips, tongue, and throat, further distorting speech. Some neurodegenerative diseases create “scanning speech,” marked by uneven emphasis and irregular pauses between syllables. “It’s just a bumpy, uneven kind of speech,” says Tarsy. Most people with ALS eventually lose the ability to speak altogether.

Speech impairment can leave patients with the unfortunate choice to stay quiet and risk being considered demented or disengaged, or to speak and risk being thought drunk or stupid. Producing words becomes physically difficult, and repeating oneself grows tiresome. Speech-language therapy and augmentative devices don’t necessarily fix the problem.

The cumulative result is heartbreaking. “At times I get very lonely because people are afraid to talk to me or don’t wait for me to write a response,” the physicist Stephen Hawking, who has had ALS for more than 50 years, told the BBC earlier this year.

“I’m well aware of the thought; but I cannot maneuver it to the place in my brain that will allow communication,” Graboys wrote. “The neural pathways are disorganized, like some fantastically complex highway system with overpasses and intersections, on-ramps and exit ramps, all leading nowhere. A thought forms, it gets sent down the pike, only to get lost in some cul-de-sac. …”

Graboys suffered from apraxia of speech, a condition that can result when parts of the brain that orchestrate motor control over speech become impaired. Patients know what they want to say, but getting the words out requires intense effort. Perhaps worst of all, they recognize that their vowels and consonants are twisted and that the stress, rhythm, speed, and intonation aren’t right—but they can’t do anything about it.

“It’s painful to produce and painful to listen to,” says Kirk Daffner ’84, the J. David and Virginia Wimberly Professor of Neurology at Brigham and Women’s. “These patients yearn to communicate, but it’s such a struggle.” Some give up and write or sign instead—unless muscular changes affect their ability to use their hands.

Apraxia of speech is generally considered a planning and production problem, but Bradford Dickerson, an HMS associate professor of neurology at Massachusetts General Hospital, has another theory. He suspects that it’s not only a problem of sequencing movements, such as putting syllables together to make words, but also a breakdown in timing the parts of the sequence. He got the idea in part because he plays drums.

“If you listen to someone speak, you recognize there’s a nuanced, rhythmic process that is generating the accents and punctuation and other parts of normal speech,” he says. “I think these patients have a fundamental problem with rhythm in their brain.”

Dickerson started asking patients with apraxia of speech to tap simple rhythms with their hands or feet. He discovered they couldn’t.

“I think speech is the place where we first notice a problem when people have trouble controlling rhythm or generating rhythm in their mind,” he says.

Dickerson notes that models of speech production tend to focus on sequence planning, articulation, and grammar. “One thing I believe neurodegenerative diseases are going to contribute to our understanding of speech,” he says, “is the importance of rhythm and timing.”

Thirty years ago, neurologist M. Marsel Mesulam ’72 asked a patient at what was then Beth Israel Hospital what was bothering her.

“Syntax errors and no articles,” she replied. “Words in the my head and cut up.”

It sounded as if she’d had a stroke, but imaging showed no evidence of one. Nor did she have memory loss or other signs that would indicate dementia. After seeing a cluster of similarly perplexing patients and immersing himself in the literature of the nineteenth century, where similar cases had been reported, Mesulam described a neurodegenerative syndrome that hacks away primarily at language. The syndrome is now known as primary progressive aphasia.

Much of today’s understanding about how the brain processes language comes from studies of stroke patients, but a large part of the picture remains undefined. Investigating primary progressive aphasia—which can hit areas of the brain that strokes don’t usually reach, remains discretely situated within neural regions, and causes damage unlike that from stroke—helps fill in that picture.

Strokes taught scientists that damaging a portion of the back of the brain called Wernicke’s area makes it difficult or impossible to understand words and sentences. But Mesulam, who is now director of the Cognitive Neurology and Alzheimer’s Disease Center at the Northwestern University Feinberg School of Medicine, found that people with primary progressive aphasia who had damage to Wernicke’s area can understand words and have varied success with understanding sentences. He found that patients with sentence-comprehension trouble have neuronal atrophy in parts of Wernicke’s area and elsewhere, while patients with single-word comprehension difficulties have atrophy in the anterior temporal lobe, usually on the brain’s left side. This region had not been previously linked to language processing.

“We are still in the descriptive phases of cognitive neuroscience,” says Mesulam. “The function of the language network is so complicated that every approach you take to try to understand it gives a slightly different perspective. It’s like sending a spacecraft to Pluto. You need to piece together pictures taken from different angles and distances to better understand how the world is put together. ”

Variations on a Theme 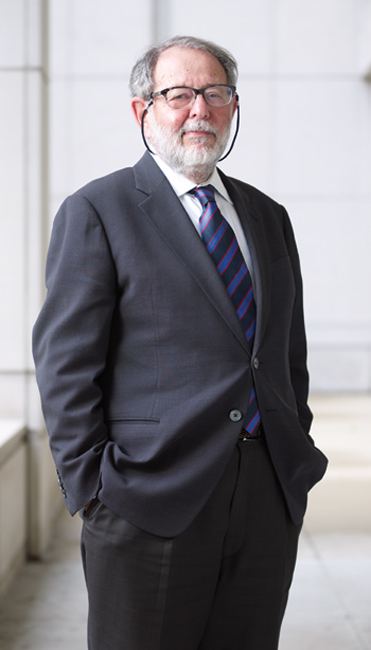 Neurodegenerative language loss presents in different ways. Some people lose their grasp on grammar and syntax, while others forget the meaning of words entirely. Some speak haltingly but can understand what others say to them.

The pathology varies as well. In all, about ten neurodegenerative diseases can cause primary progressive aphasia; people may have amyloid beta plaques and tangles characteristic of Alzheimer’s disease or defective tau proteins characteristic of frontotemporal dementias. What ties these diseases together is that, for these patients, they erode the language areas first.

Researchers are trying to understand why language regions are more vulnerable in some people than in others. Mesulam has noticed a link to learning disabilities and dyslexia in some families with primary progressive aphasia and is conducting whole-exome sequencing to find out whether those conditions are risk factors.

According to Dickerson, who started a primary progressive aphasia program at Mass General in 2007, the neurodegenerative condition also provides an unusual opportunity to study how language skills devolve over time. Dickerson says that by following the same patient for months or years as she forgets first what “salmon” means, then “fish,” then “animals,” a physician “can start to predict cognitive functions that are lost or that are dependent on the normal functioning of a certain part of language.”

How the gradual decline of verbal communication abilities affects a person can depend on many factors: personality, how intact the rest of the mind is, and whether relationships, jobs, hobbies, and sense of self-worth are language-based.

Losing speech and language means people may no longer be able to engage in rapid repartee, call their loved ones, or read books to their grandchildren. Some people get depressed, engage in self-harm, or take their lives. Others adapt, trying nonverbal pursuits such as painting or gardening.

Only a few drugs have been approved to alleviate neurodegenerative symptoms; there are no cures. As doctors and speech-language therapists try to help patients hold on to what communication skills they have for as long as possible, they also encourage spouses and family members, not immune to depression or frustration themselves, to help by offering suggestions when words don’t come, paying attention to nonverbal cues, trying devices that use pictures or written text, and most of all, being patient and understanding.

From writing papers to conferring with colleagues to sharing experiences with loved ones, “we’re so dependent on language,” says Daffner. “It’s amazing, what we’re capable of doing with language and speech. When our brains are healthy, it just flows out. It’s seamless.”

Stephanie Dutchen is a science writer in the HMS Office of Communications and External Relations.