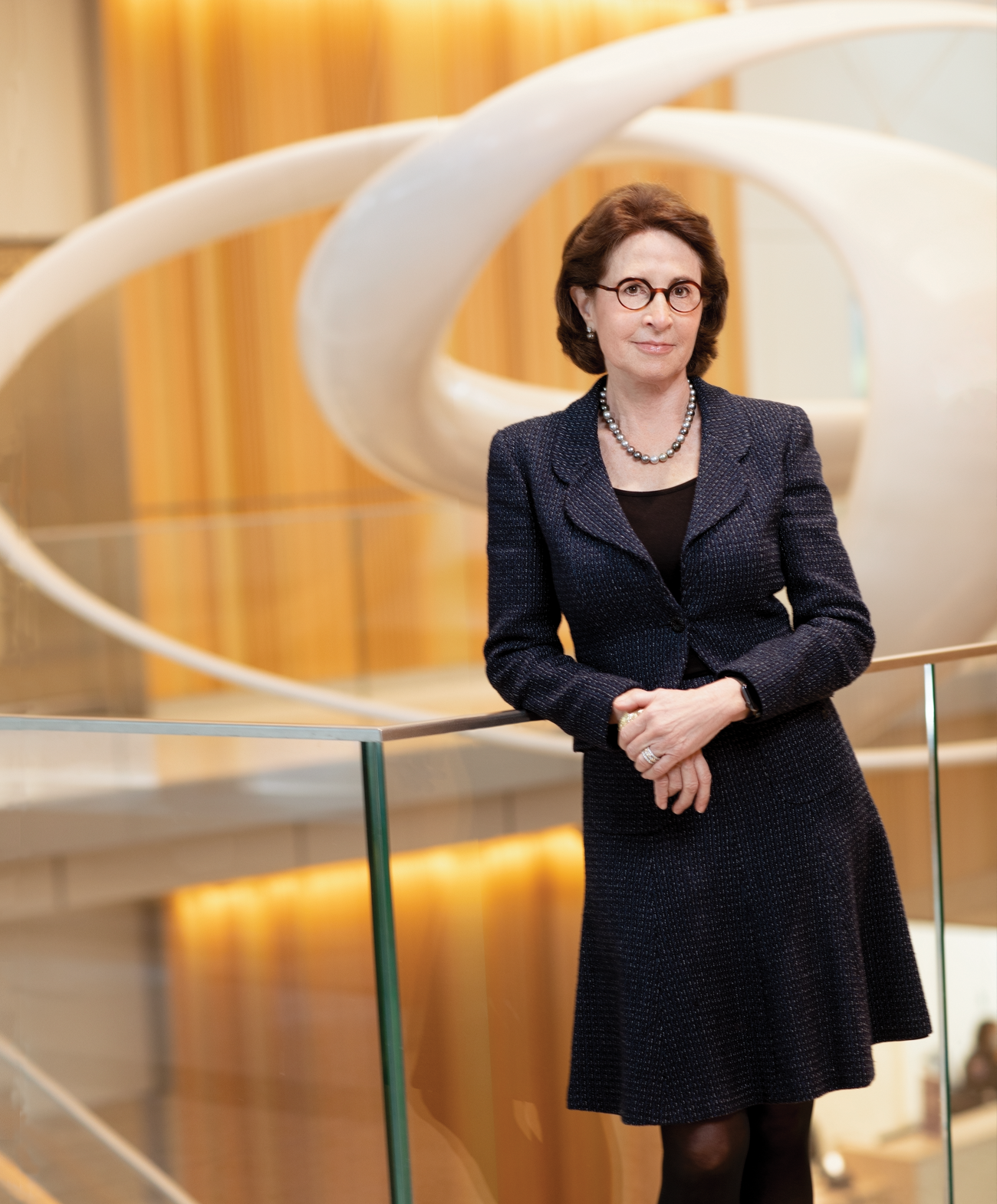 Five Questions
Leading during a Pandemic

Sparked by the encouragement of a high school biology teacher, Judith Hochman aspired early on to become a research scientist. She pursued her first graduate degree at Harvard University, a master’s degree from the program in cellular and developmental biology, because she says she had a “naive idea that I was going to make some incredible advance in molecular biology, maybe cure some kind of cancer.”

During the second year of the program, however, Hochman realized that spending each working day with test tubes was not going to be enough. So Hochman sought a medical degree at HMS, a decision that ultimately led to her current roles: an endowed professor of cardiology and a senior associate dean for clinical sciences at the New York University Grossman School of Medicine.

Getting to where she is now did not happen by accident, says Hochman. She readily acknowledges her many HMS mentors, including cardiologist Lewis Dexter, MD ’36, at the Peter Bent Brigham Hospital, and Eugene Braunwald, former chief of medicine at Brigham and Women’s Hospital.

Female role models were scarce—until she did research under Bernadine Healy, MD ’70, as a cardiology research fellow at Johns Hopkins School of Medicine.

Of all her formative relationships, however, she says the most important is the one with her husband, Richard Fuchs, MD ’76, clinical professor of cardiology at Weill Cornell Medicine.

Hochman characterizes her career as “a progression of taking on new things and giving other things up.” She found that running a research lab, directing a cardiac intensive care unit, seeing clinical patients, running clinical research trials, and raising three sons meant she had to make choices. She gave up running her lab and clinical practice to concentrate in the other areas. This decision led to discoveries, publications, a leadership position initially in a small multicenter trial, and then progression through the ranks to running three large multicenter NIH-funded studies and other sponsored clinical trials in cardiology.

Hochman calls the rise of collaboration and team science “an absolute joy. Research is more complex than ever and so collaboration is the name of the game.”

Reflecting on how she managed a high-powered career while raising her children, she says seeing them become wonderful adults is so rewarding and worth every difficulty. “And I couldn’t have done it without an incredible partner in my husband.”

Susan Karcz is senior copyeditor & editorial coordinator in the Office of Communications and External Relations at HMS.