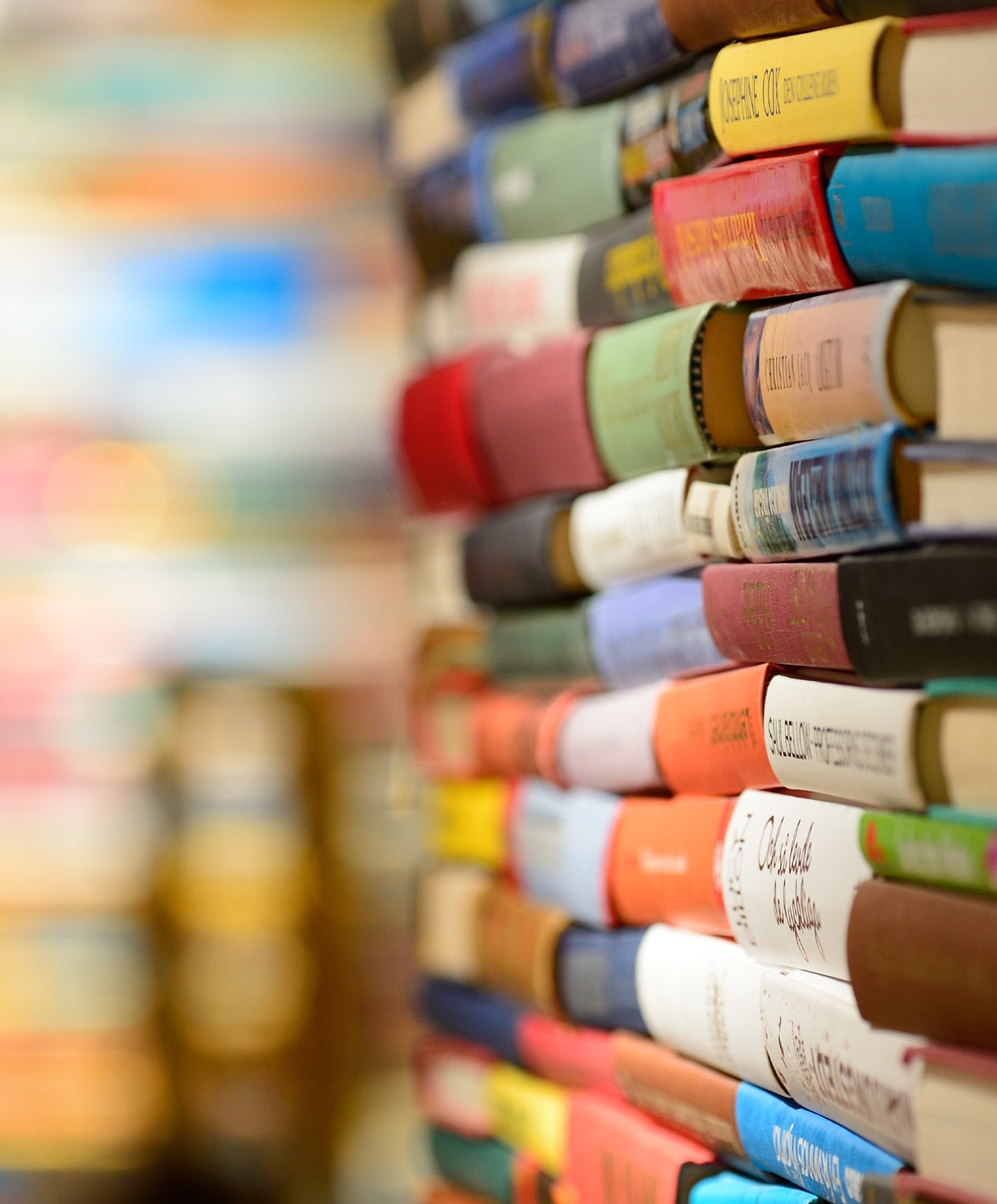 What books have had a profound influence on you personally or professionally?

Thinking, Fast and Slow, by Daniel Kahneman. This is a summary of Kahneman’s research that led to his receiving the 2002 Nobel Prize in Economics. It is a fascinating reminder of the mistakes we all make in the process of critical thinking, often the result of old habits, inherent biases, and resorting to common heuristics. I use examples and anecdotes from the book when teaching second-year medical students as they make their transition from the basic science years into their clinical rotations, where clinical reasoning becomes so important. The book fosters the discipline to always stop and think slowly about the validity of one’s critical analysis of complex problems.

Cancer Ward, by Aleksandr Solzhenitsyn; General Pathology, by Howard Florey; Mechanisms of Disease, by Ruy Pérez-Tamayo; Pathology of the Kidney, by Robert Heptinstall; and many, many more.

Caste, by Isabel Wilkerson. It reframes the conversation about racism and is a much better explanation of how systemic it is and why it continues to exist.

Years after graduation, I’m OK—You’re OK, by Thomas Harris, and What Do You Say After You Say Hello, by Eric Berne, finally made sense of psychiatry, my chosen field. I also greatly appreciated the twenty-four-volume collected works of Sigmund Freud, which won the Goethe Prize in 1930.

The Unwinding of the Miracle, by Julie Yip-Williams. I read this book because she and I are both Williams College alums. Thank God I did. It is her memoir of her five-year battle with colon cancer. There was no happy ending; this brilliant, talented woman died at age 42. Brilliant writing dealing with hopes, dashed hopes, joy, anger, family dynamics, interactions with her docs. This is a must-read for any physician. Keep a hanky nearby.

A book I have given, perhaps at this point a dozen times, to medical students, other doctors, or bright youngsters interested in medicine, art, history, life: The Healing Hand: Man and Wound in the Ancient World, by pathologist Guido Majno, one of our very best teachers at HMS. Try to find the hardcover—the better to enjoy the illustrations. And try to experience medicine, art, and life as he did.

Heartsounds: The Story of a Love and Loss, by Martha Weinman Lear. This is the true story of a middle-aged physician who has a major heart attack with subsequent severe heart failure. His wife, the author, describes not just the terrifying course of his disease but the profound lack of empathy and attention they received from his physicians. As you go through med school and internship, it is easy to get tired and cynical. This book will remind you why you became a physician and will keep you listening to your patients.

These books illustrate how to learn from stories. The Early Diagnosis of the Acute Abdomen, by Sir Zachary Cope, explains the skill of diagnosis using a history and a physical before everyone just ordered a CAT scan. From Fish to Philosopher: The Story of Our Internal Environment, by Homer Smith, posits that kidneys are necessary for philosophers to sit around talking, details the evolution of the kidney, and answers the lifeboat question on the renal exam. Hint: Give away the vintage wine and drink the beer for hydration.

Beyond Halftime: Practical Wisdom for Your Second Half, by Bob Buford. This book helped me adjust to my retirement after 30-plus years as a general surgeon. The main message is that one needs to transition from success to significance (i.e., pay it forward by sharing your experience with younger colleagues).

There are many books, but one object that profoundly influenced me was a small porcelain that my chairman of medicine, Walter Bauer, had gracing his desk. It was of a child kneeling down, perhaps to look at an ant on the sidewalk. It epitomized his advice, that one should always have the curiosity of a child.

Madeleine L’Engle’s A Wrinkle in Time describes an impossible quest by helpless children, a clinging to family and love in the face of an overwhelming darkness, no one saves you but you—these are themes I keep returning to over and over in my life, professionally and personally.

The Rack, by A.E. Ellis; it’s a sanatorium/disease novel. The subject is human suffering.

To better understand Russia and its ruthless leaders, The Sinner and the Saint: Dostoevsky and the Gentleman Murderer Who Inspired a Masterpiece, by Kevin Birmingham.

The House of God, by Samuel Shem (Stephen Bergman, MD ’73). I read it between my first and second year of med school. I was so dismayed by it that I told my wife I had made a big mistake (I hadn’t). The wisdom of the Fat Man helped me navigate medical school, residency, and fellowship relatively unscathed and not surprised or shocked by anything I witnessed. Also read his follow-up book Mount Misery, about his psychiatry residency at McLean. I used humor to get me through and not take everything to heart.

The House of God, by Samuel Shem. The absolute irreverence and the fact that the characters were based on real-life attendings made it a nice break from the reality of the hard work we needed to do.

There are many books: No one book would fit here. But I think two which come to mind are Graham Greene’s The Quiet American and Robert Penn Warren’s All the King’s Men, both of which I have read over five times. They are always relevant. In The Quiet American we declare ourselves “the greatest country ever” and a champion of democracy but we wreak havoc too often. All the King’s Men is a wonderful description of the power and danger of populism in American democracy.

Blindspot: Hidden Biases of Good People, by Mahzarin Banaji, addresses the issue of intrinsic biases arising from the racial chasm in the United States. Most people have an inward feel for their conscious racial biases although they may avoid admitting them. Unfortunately, a thoughtful desire to be nonracist does not necessarily eliminate negative behavior around race. Blindspot highlights the ways in which intrinsic bias molds social interactions and shapes relationships, thoughts, and actions.

Nina Riggs’ The Bright Hour: A Memoir of Living and Dying. As a mother, my heart is always torn when I kiss my son goodbye in the morning before putting in the long hours that a career in medicine requires. But I have found a calling in helping other mothers have more time and better time with their children. Riggs’ gorgeous posthumously published memoir of living with incurable breast cancer illuminates and motivates that calling.

Sapiens: A Brief History of Humankind, by Yuval Noah Harari. It lifted my gaze again to the big picture.

Doctor and Patient is a collection of essays by Francis W. Peabody, MD 1907, that includes his highly regarded 1926 address to students at HMS, “The Care of the Patient.” His words, “the secret of the care of the patient is in caring for the patient,” have informed me and guided my practice.

John Farquhar Fulton’s Harvey Cushing: A Biography. In 1950, I was taking embryology as a sophomore at Yale. The graduate student who was guiding us thought I would be interested in Cushing’s career and loaned me his copy of Fulton’s book. I was hooked. I wanted to follow Cushing from Yale to HMS and then to become a surgeon at the Brigham. At HMS, I learned that Cushing was a brilliant man but also a man with personal flaws.

Born a Crime: Stories from a South African Childhood, by Trevor Noah. This book made me realize how all races can be discriminated against for absolutely no reason.

Everyone should look at the Handbook of Epictetus for an idea of Stoic philosophy. Erik Erikson’s Childhood and Society is a wonderful and humbling look at the values of societies other than our own. The Spirit Catches You and You Fall Down: A Hmong Child, Her American Doctors, and the Collision of Two Cultures, by Anne Fadiman, looks at the Hmong people in California. A recent book I read, The Price of Peace: Money, Democracy, and the Life of John Maynard Keynes, by Zachary D. Carter, gives an economic perspective on the history of the past century that expanded my view.

Forgive and Remember: Managing Medical Failure, by Charles Bosk. As a cardiac surgeon, I could not help feeling personally responsible for the death of every patient of mine. I cannot remember the more than 3,000 successes, but even now I can recite the names of most of the mortalities. Whenever guilt overwhelmed me, I pulled this book out. It was given to me by my mentor, Judah Folkman, MD ’57, at HMS graduation. I was not sure then why Judah gave it to me, but I now regard it as an incredibly thoughtful gift.

So many, but two that immediately come to mind are Evelyn Waugh’s Brideshead Revisited, which I have read perhaps ten times in my life. This quotation has always stuck with me: “To know and love one other human being is the root of all wisdom.” Heirs of General Practice, by John McPhee, is the book that motivated me to enter family medicine, and I’ve never regretted it.

The Cry and the Covenant, by Morton Thompson, was an old book by the time I read it as a teenager, but the story of how Ignaz Semmelweis saved so many lives by reducing deaths from puerperal fever despite having his findings rejected and ridiculed for years remains in my memory as a story of the power of simple observation and perseverance.

Few of us had time for nonmedical reading while at HMS or as residents. Now that those years are in the past, I try to read nightly for an hour or two after dinner. The Story of San Michele, by Axel Munthe, should be read by every physician. First published in 1929 and written by a physician who shared memories of Pasteur and Charcot, it describes diseases we no longer see. Preet Bharara’s Doing Justice: A Prosecutor’s Thoughts on Crime, Punishment and the Rule of Law gives insight into the criminal justice system from a learned and empathetic attorney. Jonathan Sacks’ Morality: Restoring the Common Good in Divided Times is a thought-provoking work by the late chief rabbi of Great Britain. Harriet Washington’s Medical Apartheid: The Dark History of Medical Experimentation on Black Americans from Colonial Times to the Present shows the poor care afforded African Americans in the nineteenth century and, lamentably, into our time. Lawrence Mueller’s Jungle Surgeon describes the effect that a volunteer surgeon had while working under adverse circumstances. Learning something new or being introduced to a different insight is enhancing.

I must selfishly say the books that have influenced me the most were books I authored on midlife, cosmetic surgery, marriage, and my grandfather. They forced me to organize experiences and thoughts on these various topics that shaped the way I live, how I practice plastic surgery, and how I remember my family and ancestors. Outside of that, the classic book Principlization of Plastic Surgery, by my mentor D. Ralph Millard, MD ’44, gives structure to life as a plastic surgeon and a human being.