The Depths of Despair

Now deep–brain stimulation is showing promise for people whose condition is refractory. The therapy, already used in some Parkinson’s patients to control tremors, involves implanting electrodes in a region of the brain found to be active during sadness–induction studies.

Darin Dougherty, an HMS associate professor of psychiatry at Massachusetts General Hospital, was principal investigator of a study of five of the world’s first fifteen implantations ever attempted to control depression. The procedure, initial studies of which began at Mass General in 2003, involves the surgical insertion of electrodes into the brain’s ventral capsule/ventral striatum. After implantation, the physician must tune the electrical stimulation for each patient, after which the device can stimulate the patient’s brain continually, even indefinitely. If the device fails, as can happen when the person walks through a theft detector or airport screening device, the depressive symptoms quickly return.

In a follow–up study published by Dougherty and others in a 2009 issue of Biological Psychiatry, patients showed response rates of 40 percent after six months and 53 percent after one to four years; those responding showed significant improvement. For a patient to consider such an invasive treatment, their symptoms must be grave. “The degree of illness really highlights the robustness of the treatment,” says Dougherty.

A large–scale clinical trial of the technique is now under way, involving more than 200 patients at 20 different sites. Dougherty is hopeful that an interim review of early results by the U.S. Food and Drug Administration will be one more step toward approval of this experimental treatment.

Is sadness a survival emotion? In 2004, William Killgore, an HMS assistant professor of psychology at McLean Hospital, investigated whether the perception of sadness might be governed by the same unconscious processing as fear or anger. “Our findings indicate that while other emotions have primitive survival value,” Killgore says, “sadness appears to be more of a social emotion.” 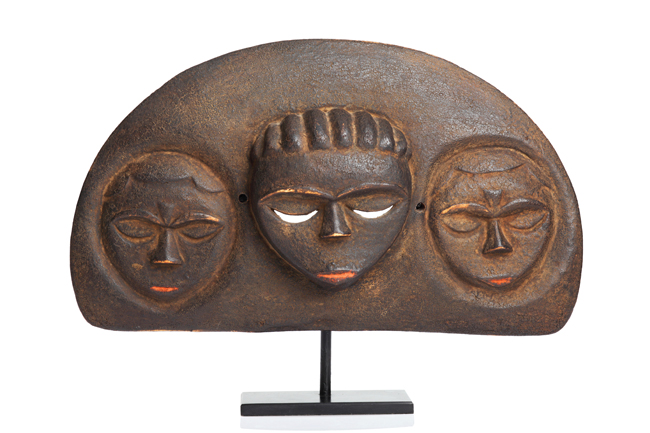 Killgore arrived at this conclusion after investigating whether the subliminal suggestion of sadness triggers activity in the brain’s amygdala, a region linked with unconscious, survival–related responses, such as the startle reflex and the fight–or–flight response. In this study, Killgore showed adult participants faces wearing sad expressions. Each sorrowful visage appeared for 20 milliseconds before Killgore masked it with one whose expression was neutral. While viewing the sad faces, participants had no conscious awareness of them, Killgore found. Unlike angry, frightened, and happy expressions, which in earlier research had all produced spikes in amygdala activity, the subliminal sad expressions elicited no such response.

In 2007 Killgore repeated his study with adolescents. These participants showed an unconscious response in the amygdala to sad expressions, suggesting, Killgore says, that young brains may not be ready to distinguish some social emotions from threats. It may be that we learn as we mature to distinguish social cues from primitive survival responses or that we learn to distinguish aroused happy, angry, and frightened faces from subdued, sad ones. Or, Killgore adds, it could be both. He recently found that the amygdala responds in the same way to both happy and frightened expressions, lending support to the arousal hypothesis.

The difference between adults and adolescents does suggest, however, that in youth, “the amygdala is still responsive to a broad range of emotional stimuli,” says Killgore. “In adults, the prefrontal region puts the brakes on to better modulate or control responses to social emotions.”

Researchers hope to be able to predict the success of antidepressants

More than half of clinically depressed patients don’t respond to their initial treatment, and weeks often pass before this failure becomes obvious. Each subsequent treatment requires additional weeks to assess. Yet this process needn’t be a trial–and–error one, says Diego Pizzagalli, an HMS associate professor of psychiatry at McLean Hospital. Pizzagalli hopes to speed the search for efficacious therapies for depression, not with new medications, but with biomarkers.

“We want to personalize treatment in psychiatry,” he says, by giving psychiatrists the tools to find the best path to recovery for each patient. The science is not there yet, he adds, but it may be soon. 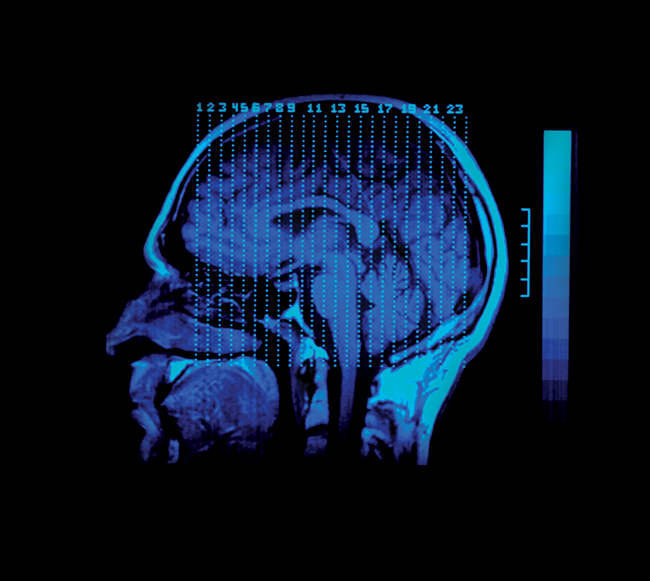 A decade ago, Pizzagalli’s laboratory discovered that a region of the brain called the rostral anterior cingulate cortex shows elevated activity among people who, though not yet treated for depression, would go on to respond to the treatment months later. This biomarker for elevated activity identified 89 percent of eventual responders; its absence was linked with 89 percent of eventual nonresponders. More than a dozen studies have since replicated this finding.

“The next challenge,” Pizzagalli says, “is to find a more treatment–specific predictor.” He is part of a group of researchers who recently received funding to do just that. A National Institute of Mental Health grant supports six sites nationally, including McLean Hospital, where Pizzagalli is the principal investigator, and Massachusetts General Hospital. The investigators will recruit 400 patients nationally and collect a range of data, including genetic profiles, clinical symptoms, brain scans using electroencephalography and functional magnetic resonance imaging, and any experience with depression–linked environmental factors, such as stress and early trauma. They will then correlate those data with treatment outcomes.

“We want to see if these data can be combined to derive novel ways for guiding treatments for depression,” says Pizzagalli. “We hope to find the next generation of predictors.”

The Path to Sadness

The roots of depression can be uncovered

When it comes to triggering sadness and depression, which comes first, stress or vulnerability? Randy Auerbach, an HMS instructor in psychology at McLean Hospital, suspects it’s both.

“The presence of stress isn’t enough, and neither is the presence of vulnerability,” he says. “It’s the interaction of these two risks that converge and pave the path to sadness and depression.”

Auerbach’s research aims to tease out depression’s genesis by studying the interplay of stress with such vulnerabilities as low self–esteem, dysfunctional attitudes, self–referential processing, and a perceived lack of control in the face of adverse events. He focuses on adolescents because 20 percent of people in this age group experience a depressive episode, and most will relapse in adulthood.

Auerbach recently examined the relationship between social support and stress and the development of depression among adolescents. He found that young people with little support from parents and classmates are more likely to experience depressive symptoms in the face of stress. A lack of friends and supportive peers, however, did not contribute to risk for depression. This work appeared in the May 2011 Journal of Abnormal Child Psychology.

As a clinician, Auerbach applies his integrated, holistic model by helping patients learn to recognize their feelings, frailties, and susceptibilities so they can move from being reactive to proactive. Someone who feels test anxiety to the point of poor performance, for example, may learn to predict that anxiety, employ relaxation techniques, and interrupt the vicious cycle of stress, avoidance, and impaired function.

“Depression is complex,” says Auerbach. “Once we have an understanding of the factors that affect the unfolding of depressive symptoms, we can target them and reduce the despair.”

Elizabeth Dougherty, a former science writer at HMS, is now a freelance writer