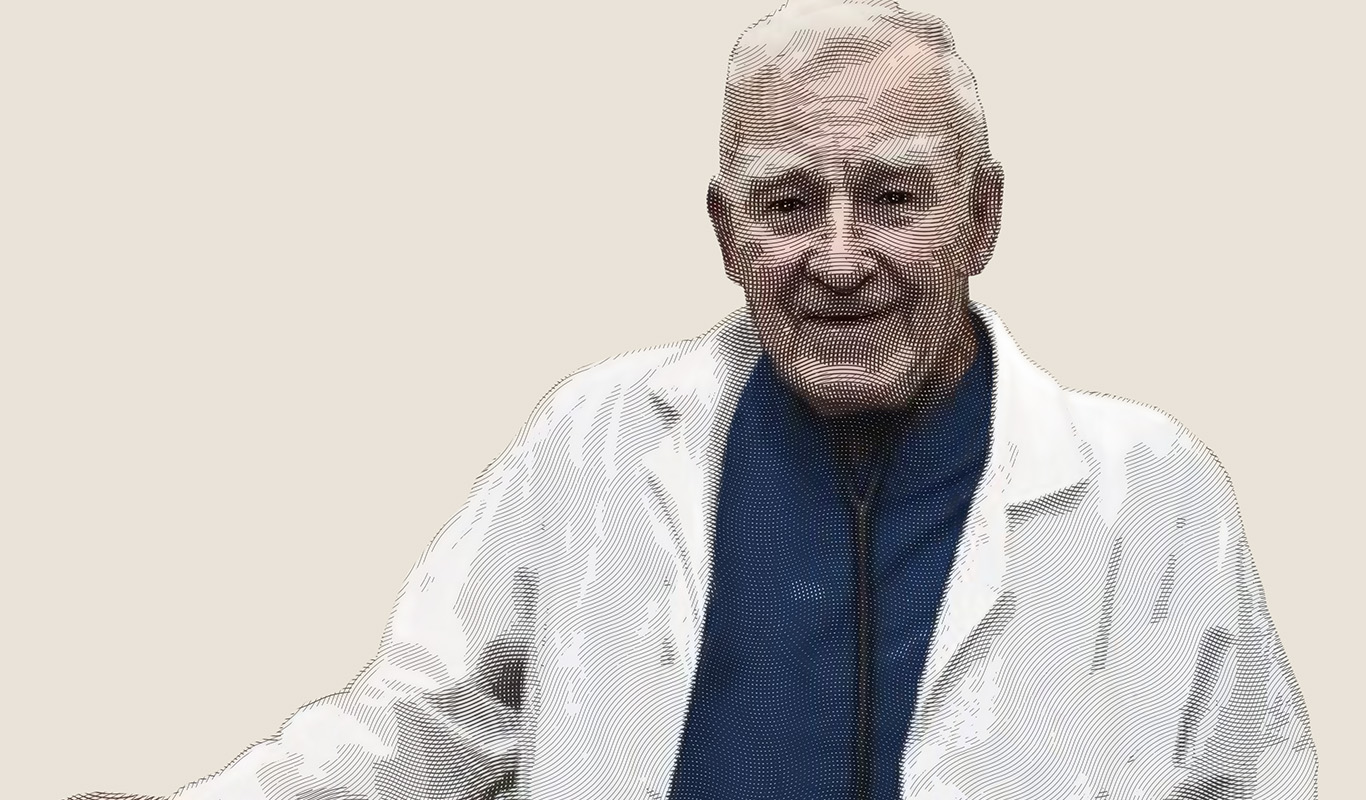 A profile of Lloyd Hamilton, class of 1954

Lloyd Hamilton grew up along the Delaware River in Lambertville, New Jersey. By the age of five, he knew he wanted to be a doctor. After all, his father, uncle, grandfather, and great uncle were all physicians.

“Everyone called me ‘little doc,’ ” Hamilton says. Friends would bring him their sick cats and dogs to diagnose and treat. “I was just naturally curious.”

That curiosity and passion for medicine has not dimmed during the more than eight decades that have followed.

Following his high-school graduation, Hamilton began his World War II military service as a hospital corpsman for the U.S. Navy. After the war ended, he worked alongside an orthopedic surgeon at Camp Lejeune in North Carolina. “Happily for me,” he says, “they kept me for an extra year because of my orthopedic-tech specialty training.”

Next stop for Hamilton was Yale University, where he developed an interest in psychiatry that was sparked by his reading the works of Sigmund Freud.

Hamilton’s inquisitive nature led him to pursue two medical specialties: psychiatry and internal medicine. He trained in psychiatry at the New York State Psychiatric Institute, part of Columbia University Medical Center, where he served as a hospital psychiatrist. In the 1960s, Hamilton was the clinical director of what was then known as Hillside Hospital, a psychiatric hospital in Queens.

In the late 1970s, Hamilton embarked on a second residency, in internal medicine, at Stamford Hospital in Connecticut. “I was active in psychoanalytic training and clinical work, which I always enjoyed,” he says. After that residency, he remained at Columbia but, between 1981 and 1998, also ran a private primary care practice in Nyack, New York, and worked at Nyack Hospital. In 1990, he retired from Columbia to work part time as a primary care physician in a clinic in Pomona, New York, run by the Rockland County Department of Health, for people who are without health insurance.

When the loss of funding forced the clinic to close in 2008, Hamilton was determined to find a way to continue serving a community that had depended on its services.

“The patients had nowhere to go,” he says. In 2009, with support from a friend and a local church, Hamilton opened the Health Lifeline clinic in Nyack. The clinic is staffed by nurses, administrative staff, and one doctor—Hamilton—all of whom volunteer their time.

“My colleagues at the clinic still inspire me,” he says. Despite the challenge of relying solely on donations for all their operating expenses, the clinic has remained open, caring for patients two days a week.

Hamilton and his wife now revisit the many journeys that have formed a special part of their marriage. Those journeys include the couple’s four transatlantic crossings by sailboat. Their life together has also included Hamilton’s journey back to the sort of community medicine practiced by his physician forebears so many years ago.