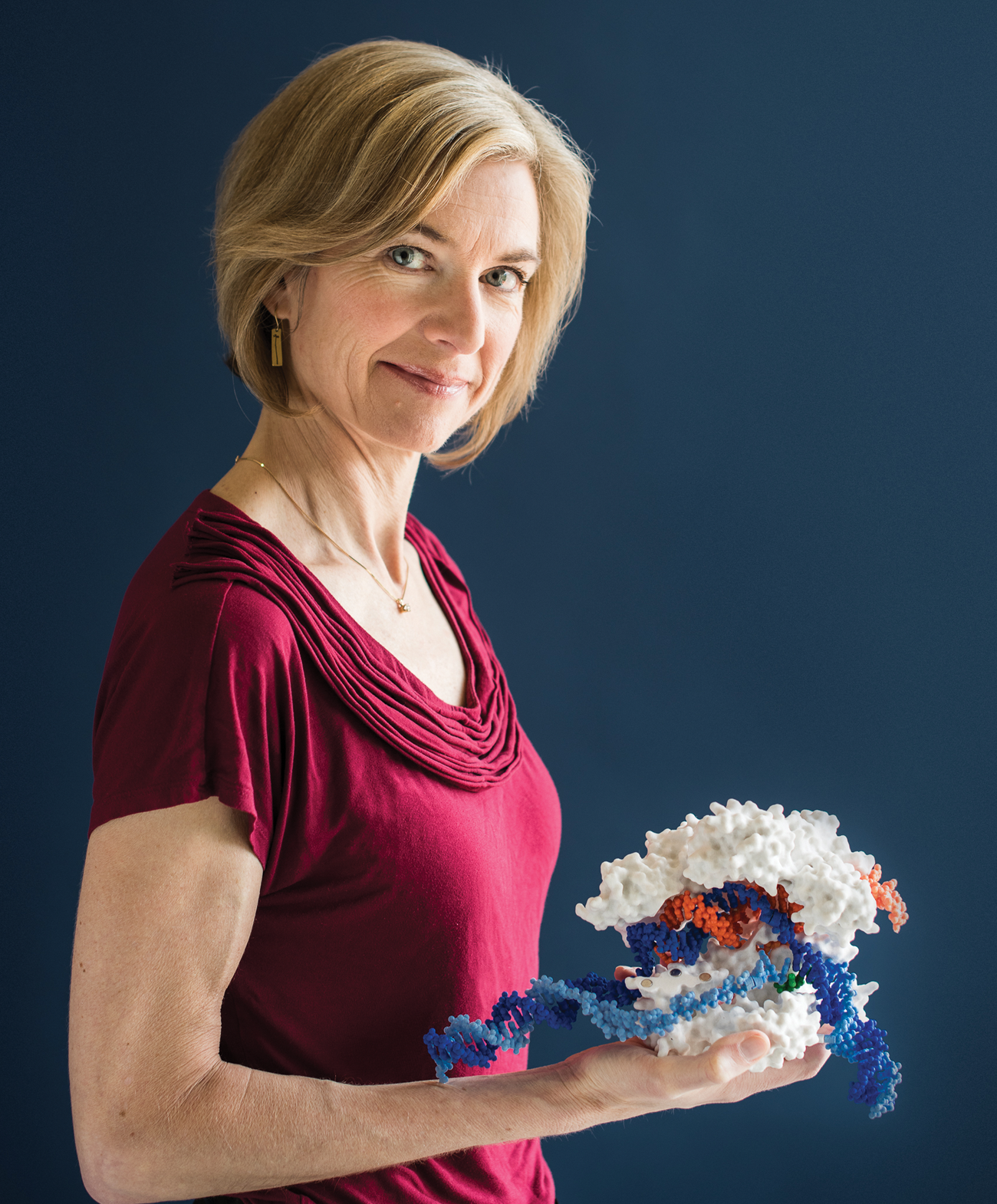 To Calm a Storm
Working for systemic change in medicine

It was just shy of 3 a.m. on October 7 when Jennifer Doudna’s mobile phone lit up. The caller was a reporter whose name she recognized, so she answered. Still groggy with sleep, the Berkeley biochemist listened while the reporter asked for her thoughts on the news about the Nobel Prize in Chemistry win. Doudna, PhD ’89, apologized for not having heard who had won and therefore not being able to comment. That was when Doudna learned—from a science reporter for Nature—that she and Emmanuelle Charpentier, director of the Max Planck Institute for Infection Biology, had been awarded the 2020 prize for the discovery of a tool for genome editing known as the CRISPR-Cas9 genetic scissors. Their prize is the first in Nobel history to be awarded to a research team made up solely of women.

According to the Nobel committee’s statement, CRISPR-Cas9 is one of gene technology’s “sharpest tools,” for it allows scientists to rewrite the DNA in any cell with surgical precision. In medicine, the tool already has been used to develop new cancer therapies that are now in clinical trials. Perhaps most promising is the potential CRISPR-Cas9 holds for helping to cure inherited diseases.

Following the announcement, there was jubilation in the science community at the University of California, Berkeley, where Doudna is a professor of chemistry and of biochemistry and molecular biology. But there were more than a few cheers at HMS, too.

Doudna undertook her doctoral work in biological chemistry and molecular pharmacology in the School’s Biological and Biomedical Sciences Program. She did her dissertation research in the laboratory of Jack Szostak, himself a 2009 Nobel laureate in Physiology or Medicine, where she investigated enzymatic catalysis by ribozymes.