A collection of images, taken of cadavers, helped lay the foundation for the clinical use of x-rays

Ernest Amory Codman received his medical degree in 1895, the same year that Wilhelm Roentgen made the iconic image of his wife’s hand, the first roentgenogram ever taken.

Codman, having caught wind of this discovery, was eager to explore it himself, and in 1898 published a series of x-ray images for the study of anatomy. In that paper, Codman wrote about how the “x-ray can do what the knife and frozen section cannot.” 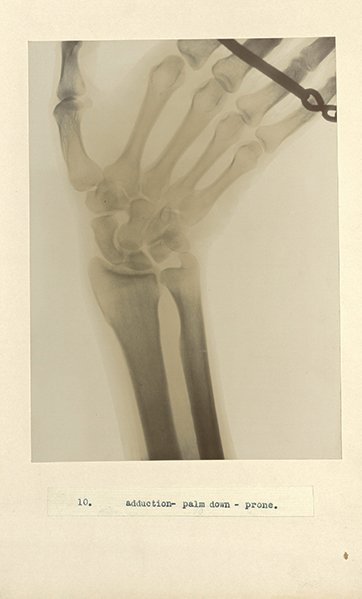 Human bones, Codman noted, could now be seen in the context of their natural placement within the body, with outlines and differing densities visible. Arteries could be visualized by injecting them with a mixture of starch and a red mercuric salt, allowing smaller blood vessels to be “seen in a way impossible in dissection.”

Codman partnered with John Trowbridge, a professor of physics at Harvard, and Elihu Thomson of General Electric in Lynn, Massachusetts, to develop “x-radiation” for clinical use. He became one of the nation’s first skiagraphers, or “shadow writers,” as radiographers were then known.

Codman’s skiagraphs, taken of cadavers, presented images of joints in positions unlikely in a living person. Using an early fluoroscope, he was one of the first to delve into the biomechanics of joint movement, measuring extremes of flexion and extension. He thought his pictures of normal joints would be useful in forming image series to compare with pathologies. Of all the joints, Codman  considered the wrist to be the most interesting and found its movements “very beautiful.” 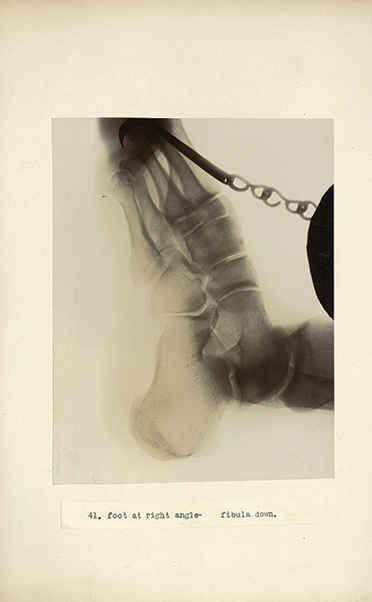 In 1902, Codman published a paper using case studies of accidental x-ray burns to discuss, categorize, and analyze the many factors that can contribute to these burns, including “intensity of current used to stimulate the tube, the quality of the tube, the distance and time of exposure, and the idiosyncrasy of the patient.”

Patients were not the only ones at risk of radiation burns: A condition known as skiagrapher’s dermatitis began to appear in scientific papers not long after Roentgen’s discovery. Skiagraphers, likely including Codman, did not use protection in the early years, and many experimented on themselves to ill effect. The risks were known—Elihu Thomson in 1896 published a warning and a recommendation that the head of the x-ray apparatus be enclosed in a box with a hole only large enough for the x-ray beam to break through.

Images: Harvard Medical Library in the Francis A. Countway Library of Medicine 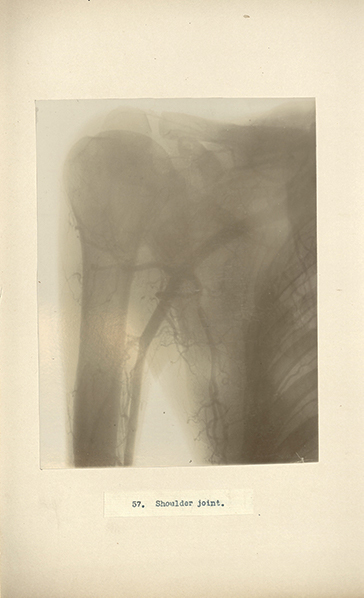