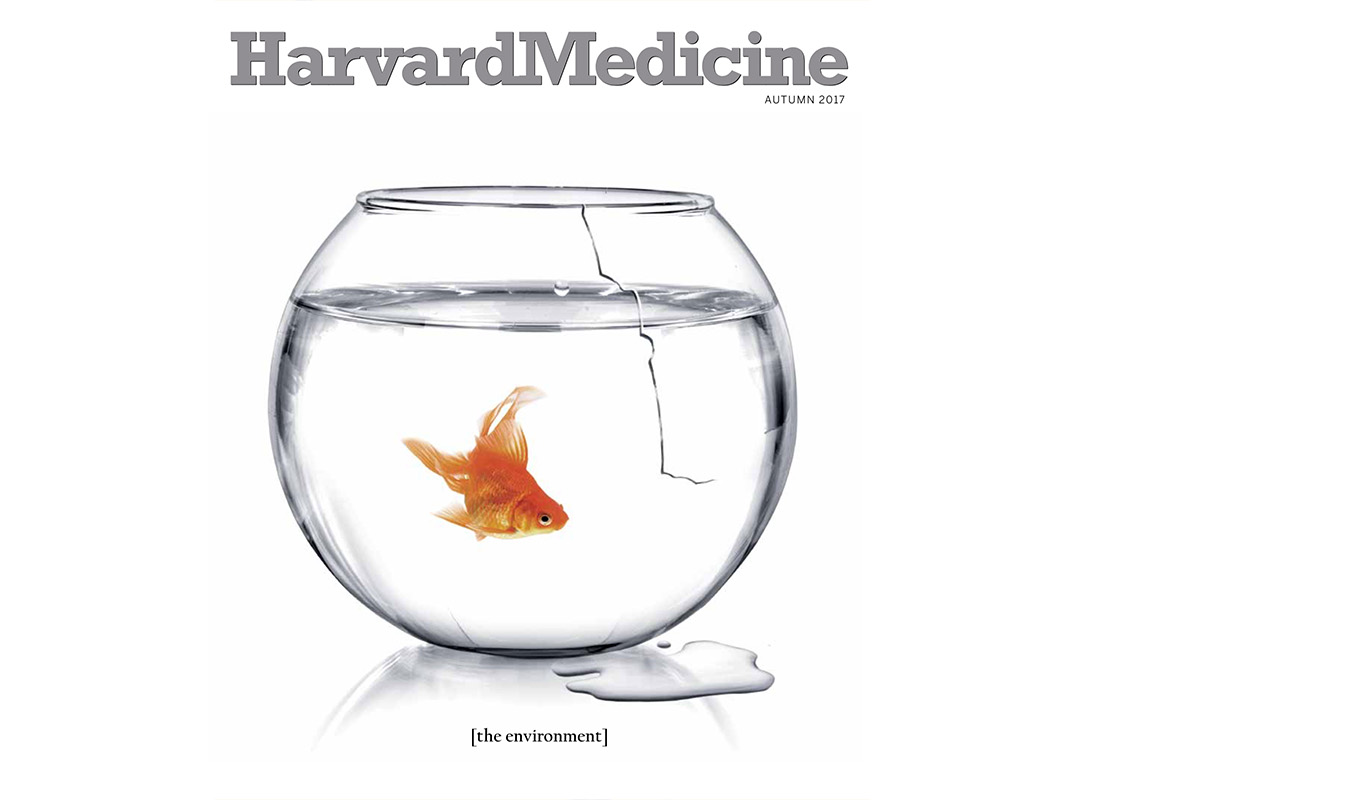 From theme to ideation to design

When approaching the cover concept development for this issue, we asked ourselves how we could depict the global assaults to our environment without resorting to the obvious or the cliché. No blue marble or hands cradling a globe would do. Instead, we sought an effective and unexpected alternative. The fish bowl provided that alternative on a number of levels: It was a recognizable object, it supported a fragile life, and it could believably suggest an impending crisis: a crack through which the fish’s environment had begun to slip away. The image’s power, we thought, rests in its being a simple expression of the interconnected and ephemeral nature of existence.

Paul DiMattia is the design director for the HMS Office of Communications and External Relations.