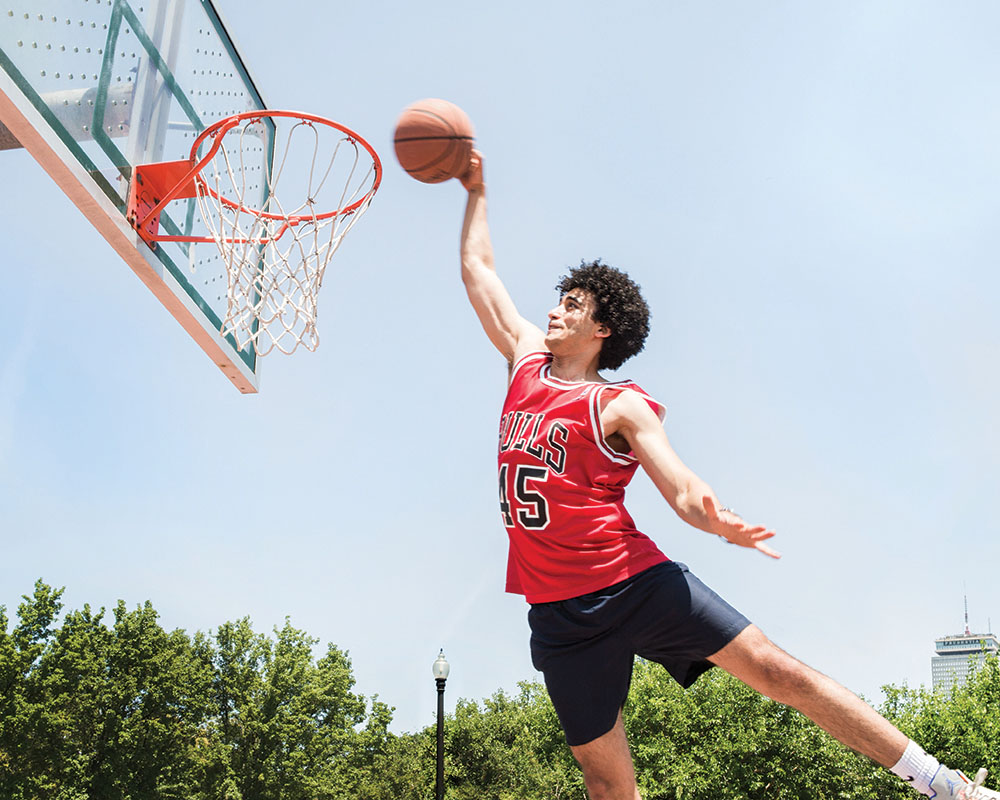 Troy Amen has set his sights on becoming a surgical administrator, a profession he thinks will well prepare him to one day run an urban hospital. In such a position, this rising fourth-year medical student and first-year MBA candidate says he would effect change both small and large: improving how operating rooms function, and “instituting changes from an administrative perspective” that would address socioeconomic inequalities. All with the goal of changing how health care is delivered.

A native of Tallahassee, Florida, Amen knows firsthand about the health, educational, and racial disparities exacerbated by poverty.

“All the things you don’t associate with a Harvard Med student, I have seen and lived through,” he says, telling of close family members who have struggled with preventable infectious diseases, incarceration, or drug overdose, or of the 75 percent of his classmates who did not go on to college after high school.

Amen has spent much of his time in college working to change the social status quo. While an undergraduate at Columbia University, he worked in Harlem, teaching in public high schools, helping in an emergency room, and founding a volunteer program that provided social and academic support for families in the Morningside Heights neighborhood. After college, he taught high school biology for a year in Chicago.

At HMS, Amen founded Hope Medical Scholars, which has brought more than one hundred high school students, many of whom would be the first in their family to attend college, to HMS for a three-day immersion program.

Amen says he has a natural inclination for business. At Columbia, he ran a campus laundry service and managed a stock portfolio in a student-run investment group. He even paid some of his tuition by trading his own stocks.

This fall, Amen will begin classes at Harvard Business School, where he says he hopes to strengthen the financial, analytical, and leadership skills that will help him understand how to work within the current health care system and manage administrative pressures, such as physician workload, financial constraints, insurance regulations, and policy decisions.    —Bobbie Collins 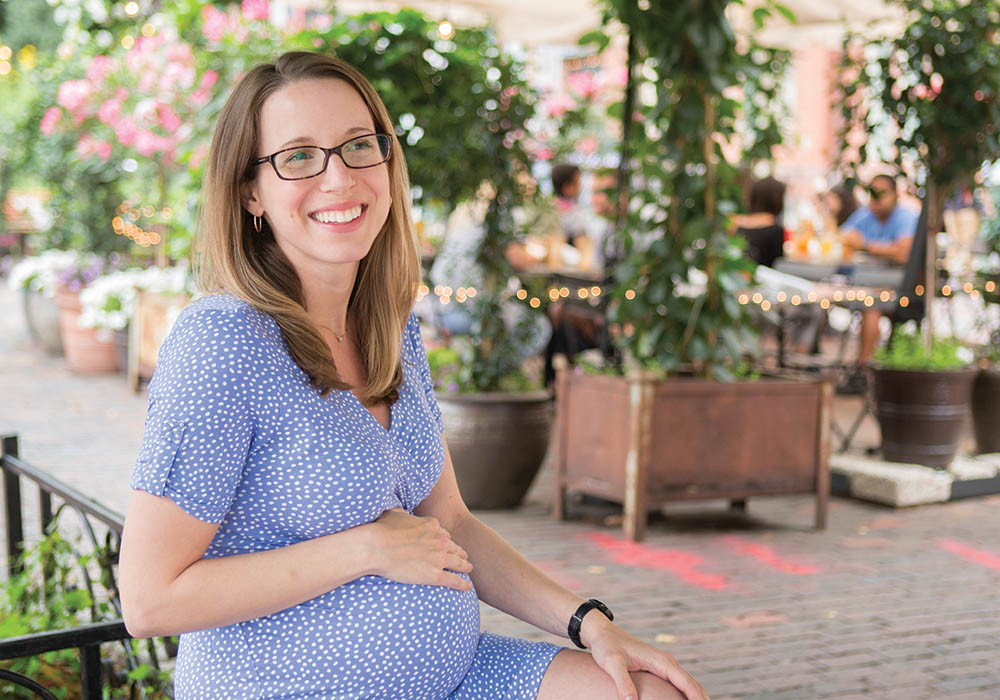 In pursuing her joint degree from Harvard’s medical and business schools, Claire Wagner, a rising fifth-year medical student and a second-year MBA candidate, says both institutions have allowed her to advance and hone what she says is “a combination of two ways of thinking.”

“One is curiosity,” she says. Both degree programs have trained her to look for, and act on, opportunities, whether they be business pursuits or scientific discoveries.

“The other,” she adds, “is caution and vigilance,” which she says entails exercising due diligence before embarking on a new effort, whether analyzing investments, running multinational studies, planning treatment for a patient, or launching a start-up, which she and a classmate did in 2019.

Wagner, who has ten years of experience working in the global health arena, says she feels that both programs have equipped her “to tackle big problems in health care.”

A childhood spent partly overseas with parents who work in international development established her interest in the wider world. Working abroad during her undergraduate years at Dartmouth College showed her “how intertwined health and illness are with poverty” and cemented an interest in health.

She then served for several years as a research fellow to Agnes Bingawaho, the minister of health for Rwanda, and to Paul Farmer, MD ’90 PhD ’90, the Kolokotrones University Professor of Global Health and Social Medicine at Harvard. She later worked with leadership at the Dana-Farber Cancer Institute and the World Health Organization on a high-impact effort to improve access to cancer medicines globally.

Wagner says knowing how to articulate an opinion and argue a position are crucial skills, and views HMS clinical rotations and HBS classes as being “amazing academic environments in which to develop and hone one’s ability to be an advocate for a cause, a patient, or an idea.”

Although she acknowledges that each school encourages trainees to analyze situations through different lenses and with different tools, she does not consider the approaches to be incompatible. Instead, she insists there is much to gain by integrating the two. For example, as principal investigator on a six-country study, Wagner is combining her skills in clinical investigation with market research to evaluate access to cancer biopsy devices in East Africa.

With her dual degree, Wagner plans to continue her work in health care delivery and her career in improving access to medicine and technologies.                     —Bobbie Collins 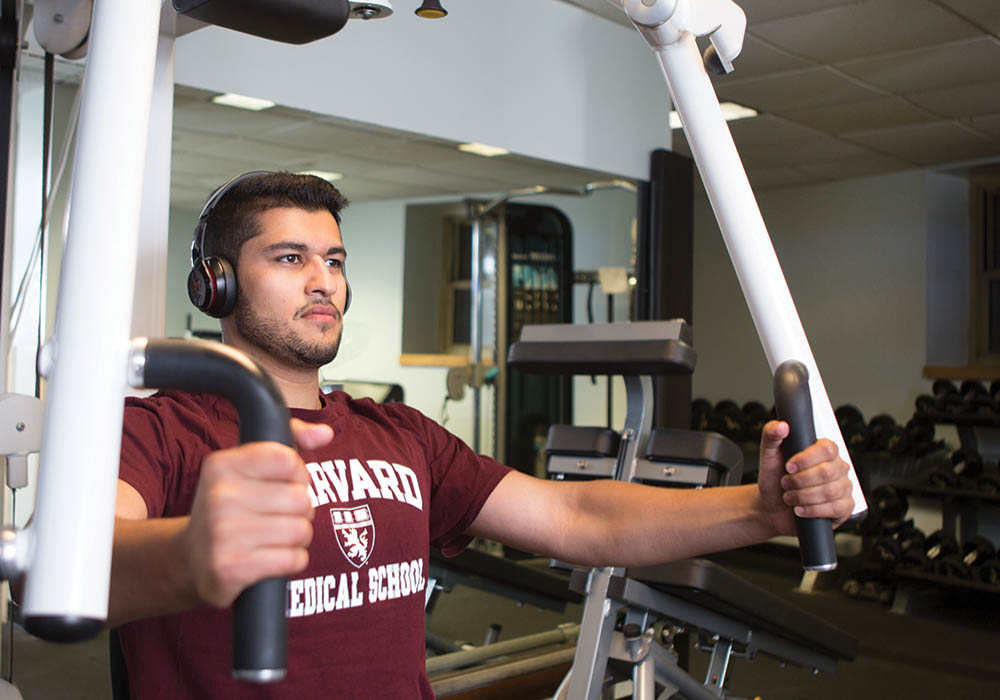 Like many medical students, Mark Zaki became interested in medicine because of an illness that befell a family member. His grandfather, being treated for idiopathic pulmonary fibrosis, underwent a successful double-lung transplant and fully recovered in three months. Then, two years later, his grandfather died from another condition: pancreatic cancer.

“I got to see the glamorous and heroic aspects of medicine but also the realistic and limited aspects of it as well,” says Zaki, a rising fourth-year student and first-year MBA candidate. “Throughout the experience, I learned a lot about the importance of connecting on a human level with patients.”

The importance of connection was furthered during Zaki’s years as an undergraduate at the University of Pittsburgh. While there, he worked as a tutor with a family of Somali refugees. Deeper conversations, he found, took place outside the classroom.

“One girl in the family started asking me about drug issues,” he recalls. “If I had only focused on the algebra and grammar associated with their homework assignments, I’d have missed such a core component of their story, their background, and how it influences their lives.”

After arriving at HMS, Zaki wanted to continue working with families in need, but couldn’t find an opportunity similar to the one he’d had in Pittsburgh. He discovered that certain of his classmates had also tutored children—and wished to continue. He developed an idea for a program that would bring HMS student together with students in a school in Mission Hill, a neighboring community.

That idea became the Mission Crimson program, now heading into its fourth year. Although some measure success in terms of accolades, program tutors measure their success in relationships shared with the students themselves. When an HMS tutor couldn’t be present one day, his student refused to work with anyone else. The tutor, he said, was like his big brother.

“To hear one of the middle-school students say something like that,” says Zaki, “really gives perspective.”

In the summer of 2018, Zaki traveled to Zambia for medical service. While there, Zaki realized that poor infrastructure was the main barrier to accessing medical care.

“If the roads weren’t paved or there wasn’t a functioning ambulance to get a patient to an appropriate health care setting, they couldn’t receive care.”

He realized that delivering proper health care meant understanding the entire health care environment, including stakeholders and financiers. It was a realization that led him to seek an MBA in addition to an MD.  —Pratibha Gopalakrishna