Notes from patients fill the recesses of physicians' desks. Why?

Most of us have a folder. Or a shoebox. Perhaps a desk drawer. Or a special,  yet aging, briefcase.

We may not look in it very often—or ever. And we may not admit to having one. But we do.

I’m referring to the collections of letters of appreciation that we physicians receive from our patients and their families. These collections, I’ve discovered, are something of a secret in medicine, something we rarely discuss. Why do we keep them? What do these letters mean to us as professionals?

I think we keep them because we need to feel the sense of gratitude from our patients contained in these notes. I was inspired at a young age to become a physician because of my father, an anesthesiologist and pain management physician. Early on, I associated his career with the notes of appreciation and the baked goods (hey, I was a kid!) that his patients would often send to thank him for his work. By the time I became a student at HMS, I was less concerned with gifts. But I did think about gratitude.

Then I began to train at Brigham and Women’s Hospital in internal medicine. Sometimes I’d see a patient just once. Other times I’d visit a patient’s bedside several times a day. Rarely did we develop the strong relationships I’d imagined, given my father’s experiences. And rarely did my patients express much appreciation for my work. It’s not that I think my patients weren’t grateful. Instead, I think that in the hospital setting my patients were focused, understandably, on a thousand other matters besides contributing to a young doctor’s sense of self-worth.

“It is so hard to find words or ways to thank you for what you have done for us,” wrote one patient. “You have a family in Boston to turn to whenever you need it!!”

I still go back and read that note from time to time. It’s with my other letters, in a manila folder, in my home office. Whenever I rediscover the folder, its contents invariably make me feel better.

I recently asked colleagues, friends, and mentors about the letters of appreciation they’ve received from their patients and what those letters mean to them. I received some interesting reactions. 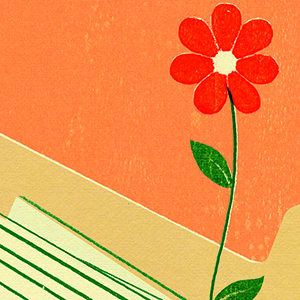 “I don’t depend a lot on gratitude,” says Joel Katz, an HMS associate professor of medicine who directs the Internal Medicine Residency Program at Brigham and Women’s. “I want to impact people and see them get better. That’s how I get my satisfaction as a physician.”

Nevertheless, he adds, “When I get a thank-you note, I appreciate it. And I try to respond to it.”

“They feel like a gift,” says Nancy Oriol, MD ’79, an HMS associate professor of anesthesia, lecturer in the Department of Global Health and Social Medicine in the Blavatnik Institute at HMS, and the School’s faculty associate dean for community engagement in medical education.

Oriol keeps all of the notes her patients send her. One that stands out came from a patient she saw in the Family Van, a Boston-based mobile clinic.

“Thank you for giving us what we need,” wrote the patient.

“Just seeing that made me think about the role we played in that woman’s life,” says Oriol. “It filled me with awe.”

When I asked Russell Kerbel about the role patient gratitude plays in his life, he said, “It rarely crosses my mind.” Kerbel, a hospitalist and an assistant professor of medicine at UCLA Medical Center, typically sees fifteen to twenty patients each day.

“Gratitude is not something that I show up at work wondering about,” he says. But that doesn’t mean he doesn’t care what patients have to say after he walks out of their hospital room. Kerbel makes it a habit to hand out his business card, which includes his personal email, to every patient he sees. Sometimes, he’ll get a thank-you note. These get saved on his computer in a folder called Patient Letters.

“I’ll be honest,” says Kerbel. “I’ve never opened it. But when I receive a note, I place it in the folder.”

More important to Kerbel is when a hospitalized patient or their family member asks if he’s accepting new patients in his office practice. He doesn’t have an office practice.

“I take that as the highest compliment,” he says. “It demonstrates that this person or their family trusts me and would want me in their lives for the foreseeable future.”

One physician who gets a lot of thank-you notes is Michael La Quaglia, a pediatric surgeon and the Joseph H. Burchenal Chair in Pediatrics at Memorial Sloan Kettering Cancer Center. Though many of La Quaglia’s patients are too young to write him notes themselves, their families often do.

“I think it’s good, positive feedback,” says La Quaglia. “But the be-all and end-all is, in your mind, knowing you’ve done the best you could.”

Unlike some of the other physicians I spoke with, La Quaglia says that many of the letters he receives are from families whose children died in his care. He doesn’t focus on the content of those letters so much as he does on the people who wrote them.

“Taking care of the human being and the family is the reward,” he says. “The fact that I’ve done something good for somebody is what keeps me going even if the outcome isn’t positive.”

After speaking to my fellow physicians, I began to think that gratitude may not be as important as I initially thought. Then I talked to Andrew Morris-Singer, MD ’07. He founded and runs Primary Care Progress, an organization working to improve the primary care experience for patients, physicians, and other care team members. While Morris-Singer, himself a primary care physician, says his work has never been motivated by patients’ letters, “gratitude from patients is a piece of the puzzle.”

Morris-Singer focuses much of his work on the problem of physician burnout, and he says patient letters have a role to play in solving that problem.

“The silver lining in the epidemic of physician burnout is that it’s forcing us as a community to have a conversation about the psychological, sociological, and behavioral needs of health professionals,” says Morris-Singer. “Doctors are not machines or robots who wear suits of armor. They’re people. And they have needs.”
With that in mind, Morris-Singer wishes more physicians would admit that they want to have their work acknowledged.

“You’re not supposed to say that you need someone to thank you because that’s ‘emotionally needy,’” he says. “But deep down we all have the need for others to appreciate us and our work.”

Nevertheless, Morris-Singer doesn’t put the burden of gratitude squarely on the patient.

“I believe that gratitude from patients and from colleagues, and an increasing sense of gratitude from systems are going to be required to help pull health professionals out of the accelerating burnout spiral that we’re in,” he says.

When I spoke to Morris-Singer, I began to think beyond secret manila folders and about my own career as both a physician and leader of CareMore Health, a progressive health care system. Truth be told, on the management side of the work I do, nothing makes me feel better than a letter of thanks or an acknowledgement of good work from a member of my team.

It turns out I’m not the only one who feels this way. 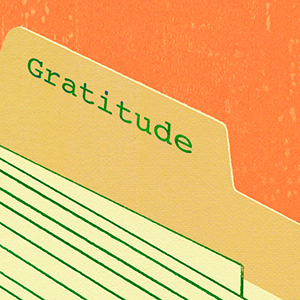 Someone else who feels this way? My dad. He recently retired from his decades-long anesthesiology practice. When I went by his house the other day, he had a wide grin on his face. He couldn’t wait to show me a letter he’d received from a surgeon he’d spent countless hours with in the OR.

“I recall how creative and dedicated you were to solving the most difficult patient problems,” wrote my father’s colleage. “From the surgeons’ perspective, we always were reassured when you were on the case.”

To illustrate, Oriol recounts a situation involving a patient whose life she helped save while she was an attending obstetric anesthesiologist at Beth Israel Deaconess Medical Center. During delivery, the patient had developed a life-threatening amniotic-fluid embolism.

“The sense of gratitude I felt for her living was awesome,” says Oriol.

Similarly, when Katz gets letters from grateful patients, he forwards them to the residents who treated them. It’s the residents, he says, who tend to create what might be considered a gratitude feedback loop. “Uniformly they say ‘I’m glad I was able to help this person and glad I was able to learn from this patient,’” says Katz.
With this in mind, Katz often replies to letters by thanking the patients who wrote them.

“Patients are vital to our education programs,” says Katz, who often suggests ways that patients can learn more about the the crucial role they play in the training of physicians.

After having so many thoughtful conversations with my fellow physicians, I once again considered all those pastries my father’s patients sent him. Ultimately, I don’t think those cakes were expressions of gratitude. They were expressions of connectedness.

La Quaglia told me that patient letters had less to do with gratitude than patient care itself. “It’s caught up in trying to develop a strong bond with your patient,” he says.

He’s always pleased when he gets letters of any kind from his patients because, he says, “In any human endeavor, I think people are always happy to be told that they’ve made a difference, and they’ve impacted a life.”

In a recent New York Times column, Mikkael Sekeres, a hematologist and oncologist at the Cleveland Clinic, confessed that he couldn’t bring himself to throw his patients’ letters away because of what those letters represent.

“It’s almost like a part of the person I cared for, and it seems callous to discard it,” he wrote.

Medicine is a fast-changing field, and we all feel a certain anxiety about it these days. But what uniformly inspired us to enter the field was our desire to form connections—with our patients, our colleagues, and everyone else we encounter every day in the course of doing our jobs.

It seems to me that one of the least costly ways to honor those connections and make them stronger is to show appreciation.

Understanding that, from now on I won’t just be saving letters.

I’ll be writing them, too.

Sachin Jain, MD ’08, is an adjunct professor of medicine at Stanford University School of Medicine and president and CEO of the CareMore Health System, a health care delivery organization.