Not too long ago, I removed a twig that had been festering for two months deep in the eye socket of a three-year-old boy, impaled there after he ran into a bush while sledding. I reassembled the fragments on the Mayo stand and instructed my scrub nurse to take a picture. Before she snapped the shot, I placed a ruler next to the twig because without it, without some standard, there was no way to gauge the size of the object (it was four centimeters, by the way). What the picture needed was perspective.

I also needed a dose of perspective 25 years ago. My classmates and I were all cramming for Step 1 of our Boards—camped out at Countway, squirreled away in Vanderbilt Hall, making late-night falafel runs—all the while trying not to let the sight of everyone else doing the same things send us into a death spiral of insecurity, self-doubt, and misery.

The pass rate for the exam was around 95 percent. I had convinced myself that I was going to end up in that other 5 percent. I recall talking on the phone with my grandmother as the exam approached. Granny had little formal education, was married at 15, was a mom at 16, and had lived her entire life within a three-mile radius of her birthplace on the outskirts of an Appalachian Virginia factory town. I complained to her how hard it was to study for this exam, how difficult the questions would be, how I had heard of HMS students far more intelligent than I who had flunked the test. She asked, “Well, baby, what happens if you fail?” Hearing her articulate what I’d tried to push to the back of my mind, I choked up and in a low wail cried, “Oh god, Granny, I’d have to take the test again!” There was a pause and her tone, until now empathetic, changed. She chastened me, in the sweet and gentle way only a grandmother can, “You mean they letyou take the test again? You can still go on to be a doctor? Well, what are you worried about?” And she was right. I might fail the test, but with some remediation, I would not fail in my quest to become a doctor. My Ivy League education was no match for the school of hard knocks degree my granny held.

By the way, my patients might be relieved to know that, in the end, I was not part of that 5 percent after all.

The ability to bounce back from, take your pick: rejection, failure, disgrace, or any of life’s many obstacles, is something that is difficult to teach and even more painful to learn. By definition, most HMS students are not initially well versed in failure and rejection; such a track record would be a certain deal breaker for the admissions committee. But by midcareer, few of us have escaped the inevitable setbacks, sucker punches to the gut, and curve balls that life seems to throw as the years tick by.

After HMS I did an ophthalmology residency. By the end of it, I was married and a mom, and had decided to pursue a fellowship in ophthalmic plastic and reconstructive surgery. I blithely hit the interview trail seven months pregnant with my second child. I had seven interviews across the country with seven fellowship directors, all men whom I expected to look past my in-your-face fecundity and conclude, “Yes, for two years, we want you to handle the resident teaching, after-hours call, and attendant scut work—on top of managing two toddlers while your husband is halfway across the country.” One preceptor, apparently reading from the handbook of questions prohibited during a job interview, inquired, “Did you plan these pregnancies?” and followed with, “And what does your husband think about your doing a fellowship?” Despite these encounters, I felt, rather naïvely in retrospect, that I’d impressed them as a qualified and competitive candidate. I actually had the nerve to be surprised when I didn’t match.

I finished residency and found myself unemployed with no backup plan. My husband’s job moved us to Chicago. One year of full-time mommyhood turned into two. As my clinical skills and professional confidence deteriorated, I did manage to become expertly skilled in body fluid management, in pediatric conflict resolution, and in belting out the mind-numbing cadence of the Barney and Friends’ theme song.

On one raw, gray Chicago day, with the kids down for a nap, I went through the mail. My copy of Ophthalmologyhad arrived. Flipping through it, I came across an article written by one of my coresidents. Here was my classmate, stamping out blindness and building his academic CV, while the only thing I was getting good at was folding a double-wide stroller one-handed with an infant on one hip.  (And I was really good at it.)

I’m not sure why—sleep deprivation likely played a role—but when I saw that article, I crumpled to the floor, my chest heaving with sobs. I lay there in a fetal position for a few minutes, tears running sideways across the bridge of my nose. As my breathing quieted, I realized two things. First, my son’s long-lost binky was under the sofa next to a desiccated Cheerio and a dust bunny. The second thing was this: So what if I didn’t match on that fellowship on the first try? So what if I hadn’t seen a patient or held a surgical instrument in two years? I picked myself up off the floor and resolved to get my professional life back on track.

And I did. I landed a fellowship, in Los Angeles no less, the epicenter of facial plastic surgery. Three years later I returned to Chicago and belatedly began a career that has given me more joy than I ever thought possible. My path wasn’t a conventional one, but it still got me where I wanted to go. 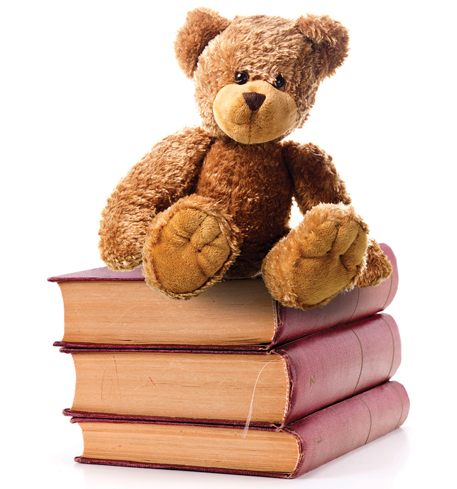 That was 20 years ago. Every now and again, a particularly observant hospital credentialer will question me about the two-year gap in my work history. The first time I fielded that question, I was self-conscious, embarrassed, and a little ashamed. When I confided that I’d spent that time taking care of my kids, the perky woman on the other end of the call laughed cheerfully and chirped, “That is so cool! We just have to make sure you weren’t incarcerated or institutionalized.” As I hung up the phone, I concluded that she didn’t have kids, otherwise she’d know that early parenthood feels, on many days, a lot like both.

It’s hard, though not impossible, to really know what to be grateful for when you’re young; it takes experience to appreciate how bad things can get. Substance abuse, divorce, mental illness, financial trouble, a dying parent, or worse, a dying child—we all know someone who has dealt with at least one of these issues. In medicine, we have a front-row seat for some of the worst that life dishes out.

Some of my greatest lessons in gratitude have come from my patients. Sometimes it’s been homemade Polish pązckiaround Easter or a slab of ribs from a South Side soul-food caterer. Another time, it was $400 from a high-powered attorney, slipped into my coat pocket along with a note apologizing for how little the insurance company had paid me for his surgery.

But more often it hasn’t been a gift, it’s been the thought behind a gift: a heartfelt handshake, tears of relief and appreciation, an unsolicited hug. These gestures of gratitude are powerfully motivating and reminders of what is really important.

I think each generation of doctors worries about the next. It’s natural to fear that the “good days” of medicine are over for those who follow us. So much has changed in the way health care is delivered and paid for that a doctor from the Ben Casey era would barely recognize the way medicine is practiced today.

But there are things that won’t change. As we all eat and breathe, we recognize there will come a day when we no longer will do either. During this universal journey to the end of life, almost everyone, be she rich and powerful, or he meek and disenfranchised, will turn to us, the medical profession, in that greatest hour of emotional and physical need. Technology may make us better clinicians, but there can be no app for the compassion that patients crave.

Tamara Fountain ’88, an ophthalmologist, is a professor in the Department of Ophthalmology at Rush University Medical Center in Chicago and a principal in Ophthalmology Partners, Ltd., in Deerfield, Illinois. This article is adapted from her presentation at her HMS class’s 25th reunion in May 2013.