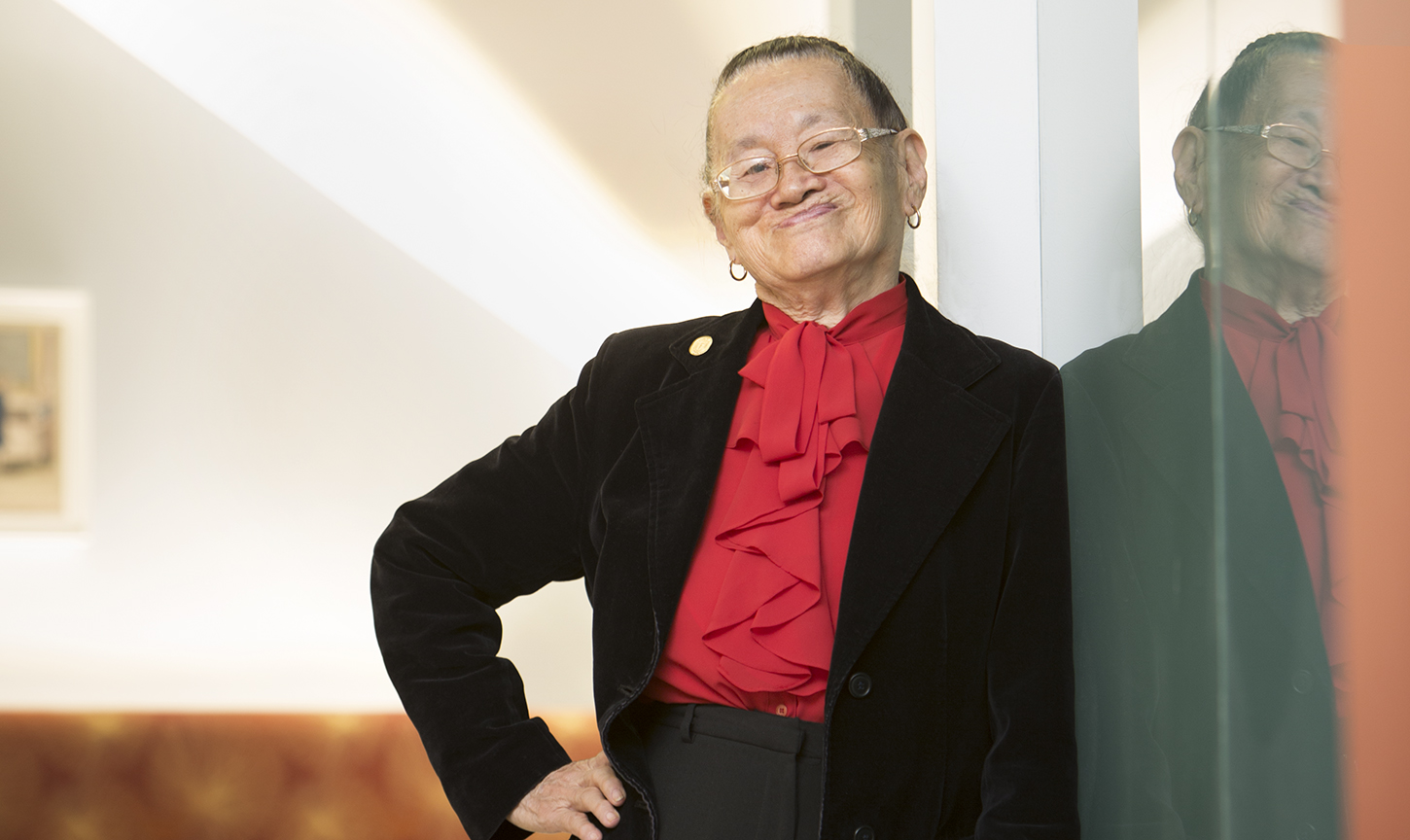 The Question of Care
Of Pilots and Physicians, Passengers and Patients
Artificial Intelligence

Yeu-Tsu Lee on surgery as a career and a mission

You have to be an optimist to travel halfway around the world alone, to somewhere you’ve never been, and with little more than a dream. This is how Yeu-Tsu Lee found herself, in 1955, at the University of South Dakota in Vermillion, far from her home in Taiwan.

Born in Xi’an, China, in 1936, Lee began her life just before the start of the Second Sino-Japanese War. In 1949, she moved with her family to Taiwan.

“When I was very young, about five, I watched four of my siblings die,” says Lee. “I am sure they would have lived if a doctor had been available. I decided then that I would be a doctor.”

Although Lee had not heard of HMS before coming to the United States, once she found out it was the one medical school in this country where she could do both clinical work and research, she knew it was the place for her. She applied and, in 1957, received her acceptance—and a scholarship.

Judson Randolph, then the chief surgical resident at Boston Children’s Hospital, was one of Lee’s mentors. She wanted to be a surgeon and told Randolph so. He agreed that she certainly could be a surgeon, but not in Boston. Nobody would take a woman trainee.

Thus began another journey, one that took her from Boston to Ann Arbor, Michigan, and then to Columbia, Missouri, to complete her training in surgery. Eventually she became a surgical oncologist. Lee was on faculty at the University of Southern California Medical School for ten years. In 1983, she moved to Hawai‘i, joined the U.S. Army Medical Corps and worked at the Tripler Army Medical Center. Hawai‘i has been home ever since.

In 1991, she was deployed to northern Saudi Arabia as a U.S. Army general surgeon with the 400-bed Thirteenth Evacuation Hospital during Operations Desert Shield and Desert Storm, treating U.S. soldiers as well as Iraqi prisoners of war. She retired, as a colonel, from active duty in 1999.

Lee has served on more than fifty medical missions, in places as far-flung as Ghana, Honduras, the Philippines, and Southeast Asia. She considers herself lucky to have had the career and life she’s had and cites Title IX as pivotal in leading to the parity now seen in medical schools, where half the graduates are women. It’s a world far from the one she came up in, when gender was considered a handicap to career ambitions.

In fact, five decades after leaving Boston to pursue surgery, Lee journeyed back to the city, this time to accept the 2018 Dr. Mary Edwards Walker Inspiring Women in Surgery Award from her peers in the American College of Surgeons (ACS). The Award was established by the ACS Women in Surgery Committee in 2016 and is named in honor of Mary E. Walker, MD (1832-1919), for her exemplary inspiration as the first woman surgeon to serve in the U.S. Army and the only female to receive the Medal of Honor—the highest U.S. Armed Forces decoration for bravery.