Could it be creativity's spark—or a cause for concern?

From The Adventures of Tom Sawyer:

Monday morning found Tom Sawyer miserable. Monday morning always found him so—because it began another week’s slow suffering in school. He generally began that day with wishing he had had no intervening holiday, it made the going into captivity and fetters again so much more odious. …The harder Tom tried to fasten his mind on his book, the more his ideas wandered. So at last, with a sigh and a yawn, he gave it up. It seemed to him that the noon recess would never come. The air was utterly dead. There was not a breath stirring. It was the sleepiest of sleepy days. The drowsing murmur of the five and twenty studying scholars soothed the soul like the spell that is in the murmur of bees. Away off in the flaming sunshine, Cardiff Hill lifted its soft green sides through a shimmering veil of heat, tinted with the purple of distance; a few birds floated on lazy wing high in the air; no other living thing was visible but some cows, and they were asleep. Tom’s heart ached to be free, or else to have something of interest to do to pass the dreary time.

Boredom—at least in children—may be having something of a moment, with parenting experts, psychologists, educators, and even neuroscientists expressing public concern that children today lack true down time. Some see the modern child as overscheduled by ambitious parents, shuttled from high-pressure sports practice to tutoring to cultural enrichment activities. Others lament that the easy availability of electronic devices means never having to spend a single moment bereft of the opportunity to play a game, or text a friend, or watch a video.

If you’re looking for medical models for boredom, you could think of it as a kind of angina, the pain of temporary oxygen deprivation, that causes a tissue to protest that it is starved for an essential nutrient. We are designed to be interested, and boredom may be the brain’s way of telling us something is missing.

Yet if a child doesn’t get to spend some time in that problematic state, how will that child ever learn to find the way out?

“I am concerned about the fact that we stimulate our kids and ourselves twenty-four/seven as if boredom or emptiness were toxic things,” says Michael Rich ’91, an HMS associate professor of pediatrics and director of the Center on Media and Child Health at Boston Children’s Hospital. “Boredom can be a very good thing; that’s when kids say ‘let’s build a treehouse, let’s put on a puppet show.’ ”

Rich suggests that the danger of an overstimulated childhood is that children may never learn to find the imaginative paths that lead them out of that unhappy bored state. “Parents can teach kids and model for kids that it’s okay to not have an agenda, to not have something to do, to just walk in silence in the woods, to just lie on your back in the grass and make shapes out of clouds,” he says, so that “not only do they learn to tolerate that so-called emptiness but they learn to enjoy it. That’s where creativity and innovation come from.”

Teresa Belton, an educational researcher at the University of East Anglia in the United Kingdom, has spoken about the link between boredom and creativity, arguing that too much exposure to screens stunts the development of imagination and inner resources. She and a colleague interviewed successful people, including a novelist, a poet, an artist, and a neuroscientist, for a project on creativity and found that all cited boredom as an important—and helpful—source of creative endeavor and inspiration.

The neuroscientist in the study was Baroness Susan Greenfield, an Oxford professor, who has also spoken widely on the benefits of boredom and the pitfalls of too-readily available entertainment. She notes that in our modern society, we have overscheduled our children with programmed activities and handed them many forms of entertainment that essentially provide them with narratives, rather than leaving them to invent their own.

“In the past, boredom was a good thing because it provided an impetus for you to develop your narrative,” she says. “A tree in the park didn’t ask you to climb it, a drawing pad didn’t ask you to draw on it—you weren’t bored because you made up a story.”

Here We Are Now, Entertain Us

A couple of decades ago, when I was relatively new to practicing pediatrics, a nine-year-old boy came to see me for a physical. His mother brought along a note from his teacher, asking to have the child evaluated for attention-deficit disorder. The note indicated that he simply could not pay attention in class. I asked my patient directly: did he feel it was hard to concentrate in school? He said, “She’s a boring teacher. I already know all this stuff.” Then he dug into his backpack and produced sheaves of worksheets, endless fill-in sentences, all correctly completed. “It’s all too easy,” he said. “I’m bored all the time.”

“There’s a differential diagnosis for ‘I’m bored in school,’ ” says Barbara Howard, a developmental-behavioral pediatrician at Johns Hopkins School of Medicine, “and one possibility is, it’s boring in school, you may have a boring setting. But the more likely thing when they come to me is they’re gifted, or they have ADHD, or both.” 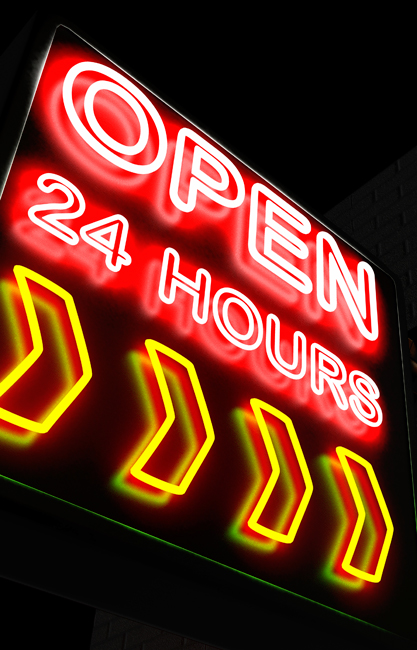 Boredom in school-age children, in school or out, raises a range of issues on both ends of the classroom achievement spectrum. According to Howard, among developmental behavioral pediatricians, boredom is a common distinguishing marker for ADHD. In fact, it has been suggested that Tom Sawyer would nowadays carry that diagnosis. A child with learning issues, way out of depth in math or reading, may also report being bored, as might the best math student in the class. So might a child who is having trouble concentrating because of anxiety about problems at home.

When children complain of boredom outside a specific classroom context, they may actually be expressing a different, deeper need. “When children or teens say they’re bored, I always think they’re searching for what they actually feel,” says Michael Thompson, a clinical psychologist, supervising psychologist at Belmont Hill School in Massachusetts, and the author of several books, including Raising Cain: Protecting the Emotional Life of Boys.

A nine- or ten-year-old who wishes he had more friends or a different group of friends may say he’s bored, as might an adolescent who is deeply bothered by complex feelings he can’t quite explain. Adds Thompson, “A fifteen-year-old might say, ‘Mom, I’m bored,’ and mean ‘I’m angry that I have no control over my life; I’m hating the existential condition of being fifteen, and I know there’s nothing I can do about it or that you can do about it,’ but the comment will start a little fight, and then there’ll be some action.”

That transition from boredom to action—any action, including conflict—is what makes the chronically bored child the object of psychological and educational concern. So while psychologists and educators speculate about the beneficial effects of a little boredom in the life of the modern child, they also warn that too much boredom is associated with problems ranging from school failure to dropping out to juvenile delinquency to alcohol abuse and gambling.

In an article published in 2012, John Eastwood, an associate professor of psychology at York University in Toronto, and his colleagues proposed a definition of boredom: “the aversive experience of wanting, but being unable, to engage in satisfying activity.” The key components, they said, were a desire to engage, coupled with a failure to engage, and an awareness of that failure. “It involves this intense desire to connect with the world,” says Eastwood. The intensity of that desire can also bring the risk of connecting with the world in negative ways, including aggression.

The Eastwood article also argues for a component of awareness—to be bored, you have to know that you’re bored. Some of us think of ourselves as easily bored; others are fiercely proud of never being bored, which should probably in itself be regarded as a danger sign of something.

Which brain is bored: the whirring overactive brain, too conditioned to electronic gratification, or the sluggish depressed brain, refusing to find value or interest in a world full of complex beauty? Should we celebrate the child who complains of boredom and that long rich history of childhood tedium? And should we congratulate the parents and the teachers who foster the development of a rich inner life by not rushing in with entertainment and organized activities? Or should we worry that the child who complains of boredom is sending an important distress signal, heralding school failure, social marginalization, and dangerous risk-taking behaviors?

“Boredom is a normal part of human existence,” notes Eastwood, adding that he wouldn’t want to see it become another form of psychopathology.

“But,” he continues, “it should be taken seriously.”

Perri Klass ’86 is a professor of journalism and pediatrics and director of the Arthur L. Carter Journalism Institute at New York University.